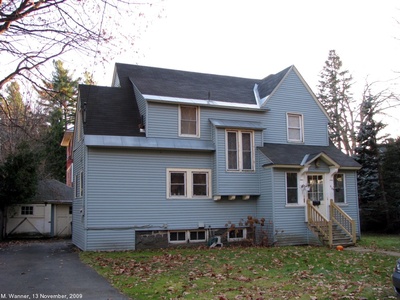 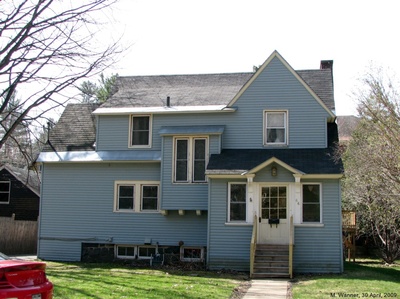 In the 1950's and 1960's this was home to Carl and Pauline Ryan and their children Barbara and Gary. Some years during the winter there was a skating rink in the side yard.

3-9-32, 7:10 p.m. -- Officer Putnam reported a Thomas Kennedy, 39 Baker Street, dying very suddenly while waiting for the arrival of the 6:40 a.m. train. He dropped dead as the train arrived. Coroner Dr. William Wardner was called and had the body removed to the Fortune Funeral Home on Woodruff Street. Cause of death -- heart attack. Acute myocarditis.