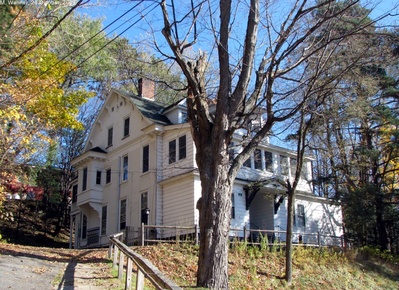 Other information: This is believed to be the second house rented by Miss Mary Prescott in the fall of 1901 and run for a few years as the Reception Cottage, before Miss Prescott built the Reception Hospital at the head of Franklin Avenue, later called Prescott House. Miss Prescott lived next door, in Perch Cottage.