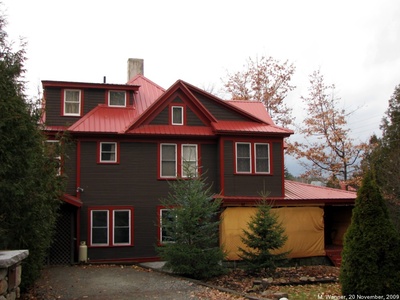 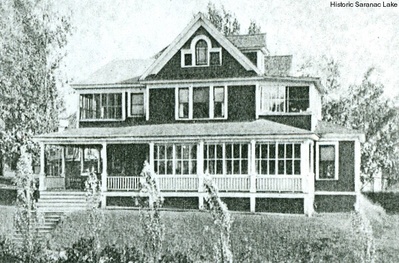 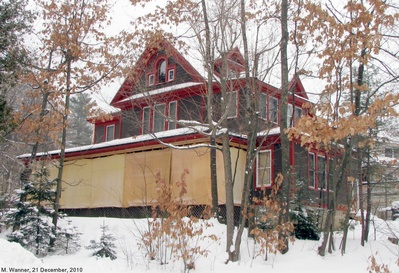 Other information: According to the 1916 TB Directory, the Schwartz Cottage, run by a Mrs. Schwartz, had room for 21 patients, had four cure porches and charged $12-15 per week. The house was connected to 45 Shepard Avenue.

Author Shel Damsky, who owned this house, used it as the setting for his novel, Saranac Lake Revisited (2003), calling it Red Gables.

In the 1960s, this house was known as the Doty Rest Home, operated by Mrs. Doris Doty.