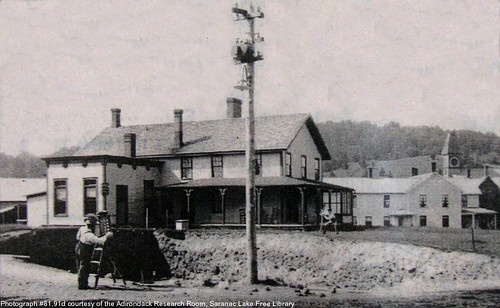 "John Wilson surveying Isham's - 1895" This building on Main Street was broken into two pieces which are now at 5 Academy Street (with a story added) and 7 Academy Street. Adirondack Daily Enterprise Weekender, June 13, 1992 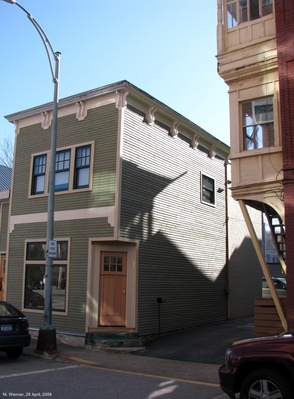 Other names: The Decorator Shop

Other information: See Frederick A. Isham for the strange story of the photograph at left. 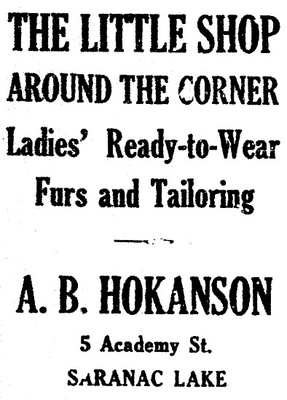