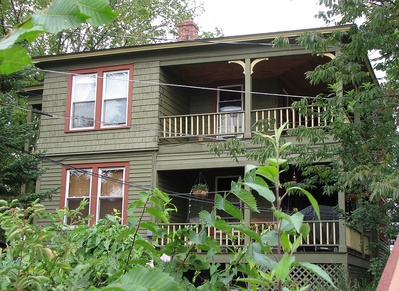 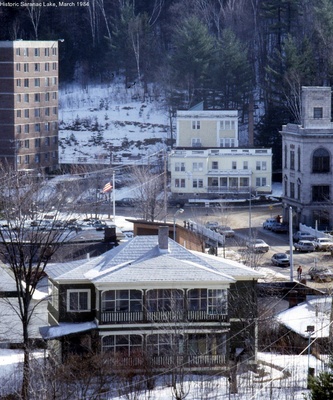 Other information: Each of the two floors contains a two-bedroom apartment with four porches each: an open veranda, a sleeping porch for each bedroom, and a sitting-out porch. The porches are not original, having been added possibly about 1915.

An 1896 survey map of the Village of Saranac Lake, and the New York State Census of 1905 show Fitch O'Brien, a livery man and the dean of Adirondack stage drivers, as the owner of 6 1/2 St. Bernard Street.

About 1915, the cottage was bought by Richard Johnson, a livery man, and his wife Lillian B. Johnson, who managed the cottage along with several others, including the Linwood Cottage. 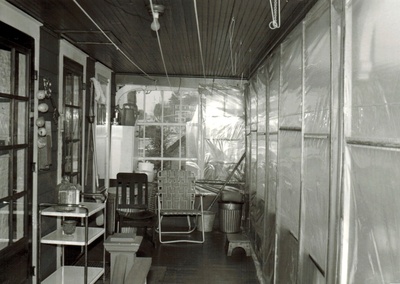 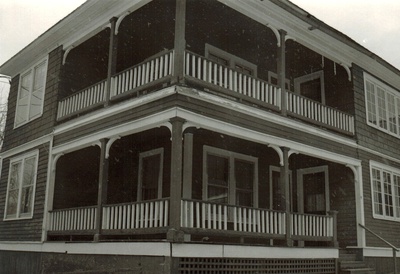