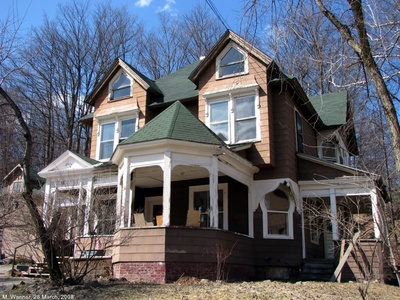 Other information: Home of the third village president, Dr. John C. Russell. It was also home of Gene Walsh, who became a vice president of NBC, and his mother Imogene R. Walsh. Later it became the offices of Charles J. Nicastro and William W. Cantwell.

DANIEL F. CARBONE attorney at law, has opened his office in his home at 7 Olive St.