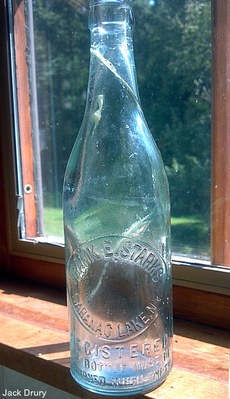 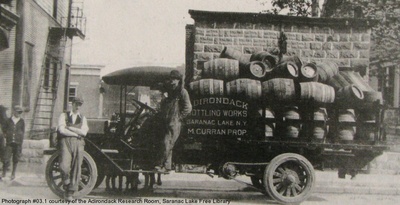 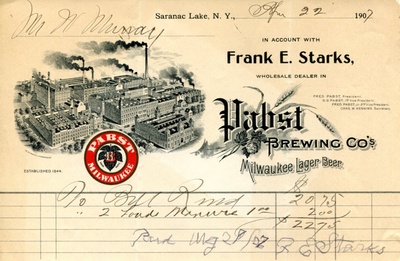 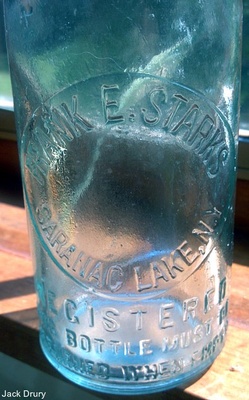 The text on the bottle reads "Frank E. Starks/Saranac Lake, NY/Registered/This bottle must be/returned when empty" 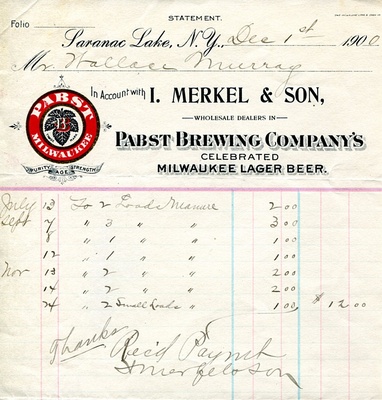 Other information: The earliest Saranac Lake Sanborn Map, 1895, shows a bottling works on the Saranac River behind 16 Main Street.

The 1903 and 1908 maps label it the F.E. Starks Bottling Works. After that it is again labeled simply "bottling works".

The Adirondack Bottling Works was owned by Frank E. Starks in 1906, according to an ad in the 1906 village Directory; it claimed to be the largest bottling works in northern New York. They were wholesale agents for Pabst Milwaukee Beer and Feigenspan's Ale and Porter, and manufactured carbonated beverages. 1

In 1910, it was owned by Michael Curran. 2 It was purchased by Samuel Mendelsohn according to an advertisement in the Lake Placid News, August 30, 1918.

An ad in a June, 1896 copy of the Adirondack Daily Enterprise gives the owners as I. Merkel and Sons; they bottled Beadleston and Woerz and Bartel's Lager beers; Ambrose McKillip drove a wagon for them. 3

M. Curran bottle found above Franklin Falls, August 2014, by A. Newman On the 1931 map, it is labeled simply "storage". At the time of the fire that destroyed it, July 9, 1958, the building had just been purchased by the Torrington Construction company; they were using it to store construction materials for the LaPan Highway that was then being built. Adirondack Daily Enterprise in January and February of 2007 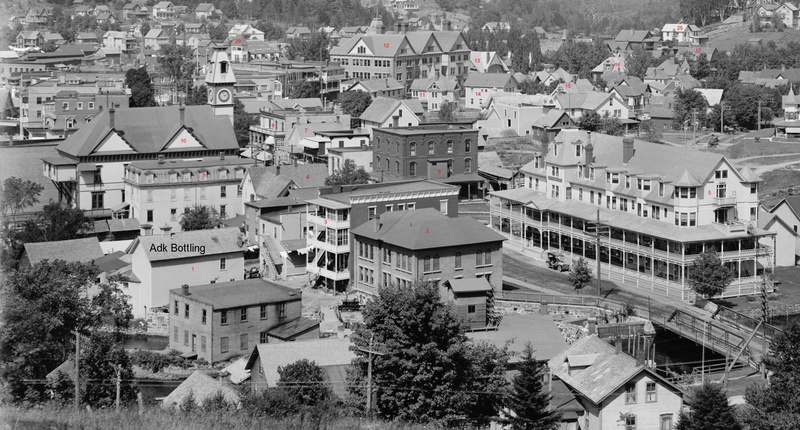