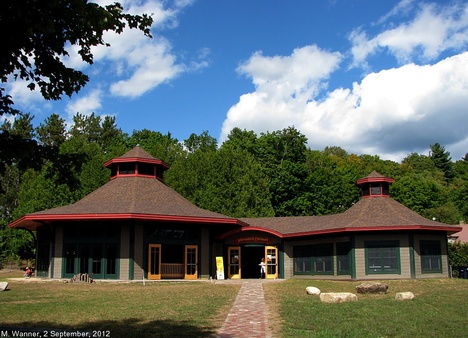 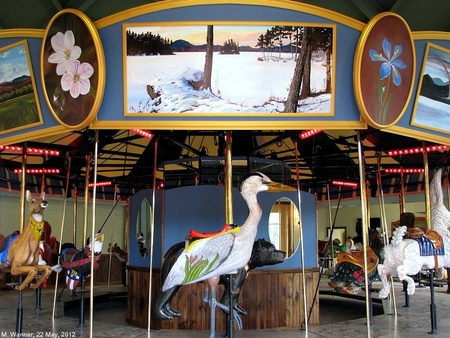 Other information: The Adirondack Carousel was conceived in 2000 by Saranac Lake wood carver Karen Loffler, who recruited a group of like-minded residents to work on bringing the Carousel into existence. Since that time, woodcarvers from all over the U.S. have donated their skills to create the 25 figures of the ride (Adirondack creatures such as the beaver, deer, trout, moose, and red squirrel), and sponsors have underwritten the cost of construction. In 2006 the Village of Saranac Lake donated land at the historic William Morris Park for the Carousel’s site as fundraising continued. Finally, in 2011, ground was broken, and the Adirondack Carousel opened in the summer of 2012.