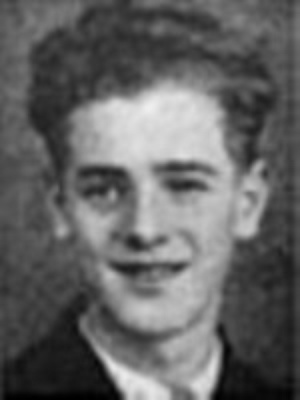 Alfred Thorvald Abrahamsen was one of the Norwegian Sailors who cured in Saranac Lake during World War II. He sailed as a steward in allied service on several ships until he contracted tuberculosis at the end of 1943. Unfortunately, no "Report of a Case of Tuberculosis" card was found for him in the Adirondack Collection of the Saranac Lake Free Library. He died here and is buried in Pine Ridge Cemetery with the other Norwegian sailors. His ship may have been the Lake Traverse, but if so, it was not Norwegian.