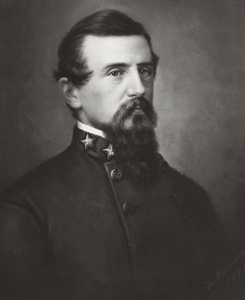 Colonel Alfred Horatio Belo was an officer in the Confederacy's North Carolina 55th Regiment during the Civil War, and was wounded in the Battles of Gettysburg and Cold Harbor. He never fully recovered from his battle wounds and sought comfort and relief many months of the year outside of Texas. One of those places was the cottage he built about 1896 called Lone Star, now known as Lady Tree Lodge, at Saranac Inn. His family continued to use the cottage after his death.

He was the founder of the Dallas Morning News in Dallas, Texas, along with business partner George Bannerman Dealey.