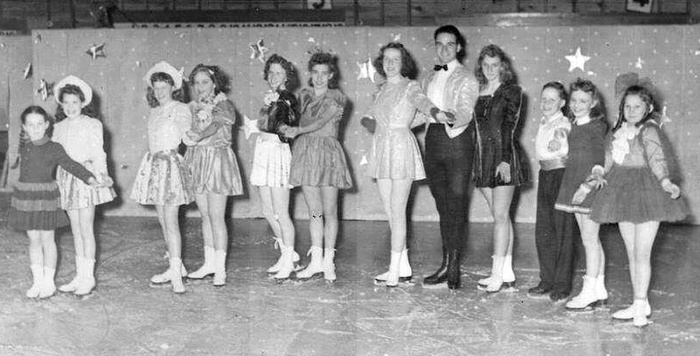 Alice Walsh Kennedy was a native of Saranac Lake who became a professional figure skater and toured with Sonja Henie’s “Holiday on Ice” reviews. She was the only daughter of the late Imogene Russell Walsh and John H. Walsh, a family that included her three brothers, Robert Walsh, Gene Walsh and the late John R. Walsh. The family lived at 32 Virginia Street. Alice attended Saranac Lake schools, graduating from Saranac Lake High School in 1943, and St. Lawrence University in 1948.

Alice and her brother, John R. Walsh, also a professional figure skater, produced and starred in Saranac Lake’s annual Winter Ice Festivals in the 1940s in the Curling Club.

Her obituary, from which the above information was taken, appeared in the Adirondack Daily Enterprise on July 18, 2013.