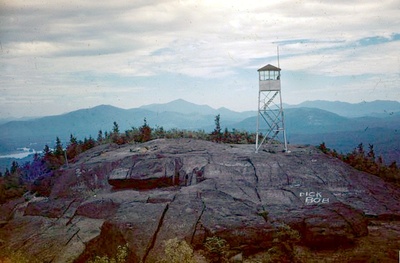 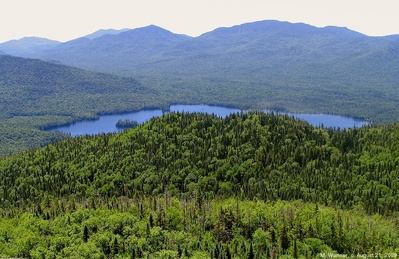 View of Ampersand Lake and the High Peaks to the east from Ampersand Mountain. 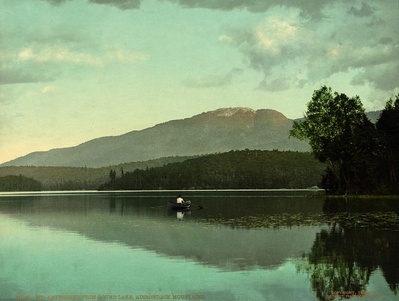 View of Ampersand Mountain from Round Pond, c. 1902. Library of Congress. 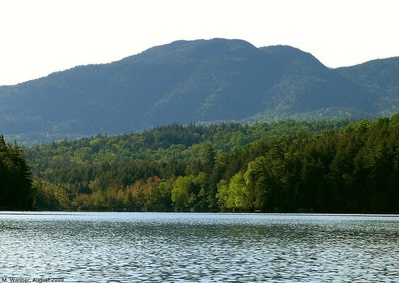 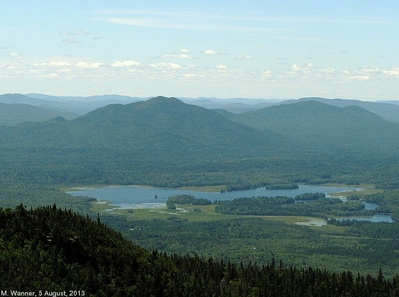 Ampersand Mountain, center, and Oseetah Lake from McKenzie Mountain. Ampersand Mountain is a 3352-foot mountain in southeast of Lower Saranac Lake. The trail up the mountain begins on NY-3 8.1 southwest of the village of Saranac Lake, New York. The mountain takes its name from nearby Ampersand Creek, said to have been named for its twists and turns, like the ampersand symbol. 1  The summit is bare rock, with extensive views of the High Peaks to the east and the Saranac Lakes to the west.

Dr. William W. Ely made the first recorded ascent of Ampersand Mountain in 1872, climbing it from the south, near the site of the Philosopher's Camp on Ampersand Lake; the following year he made another ascent via the same route and then cut a trail down the north side to Middle Saranac Lake. Ely and Dr. William Reed and three others later cleared the summit of trees, and built a lean-to. The following year, Verplanck Colvin cleared the remaining trees while working on his survey of the Adirondacks, and subsequent fires and erosion left the summit bare. Colvin credits Ely for the mountain's name. New York State built a fire lookout station on the summit in 1911, although a fire tower was deemed unnecessary due to the open views available. By 1920, tree growth was such that a 22-foot fire tower was erected. The tower was used until 1970, when the New York State Department of Environmental Conservation closed it, as it had become more cost-effective to spot fires using aircraft. The tower was removed in July, 1977. 2 There is a memorial near the summit to hermit Walter Channing Rice, who manned the fire tower from 1915 to 1923. 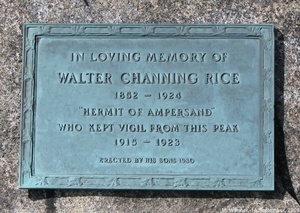 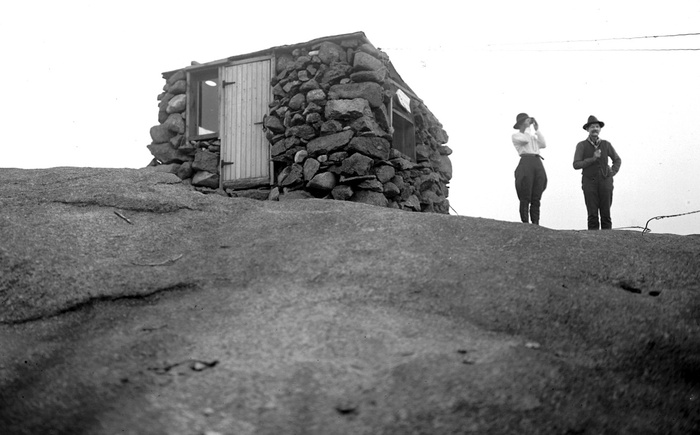 Mrs. Clinton G. Abbott, Walter C. Rice, 1920
NYSA_14297-87_1042
Ampersand was the first mountain that wilderness activist and explorer Bob Marshall climbed, in 1915, when he was 14. In 1925, Marshall and his brother George, with their guide Herb Clark, became the first to climb all 46 of the Adirondack peaks over 4000 feet, 3 becoming the first Adirondack Forty-Sixers. 4

Ampersand Mountain may be ascended in from two to three hours, following a blazed trail beginning at the sand beach at the mouth of the brook on the easterly side of the lake. From the top may be obtained a very fine, comprehensive view. [Note: In 1908, the road from Saranac Lake to Tupper Lake ran along the shore of Lower Saranac Lake.] 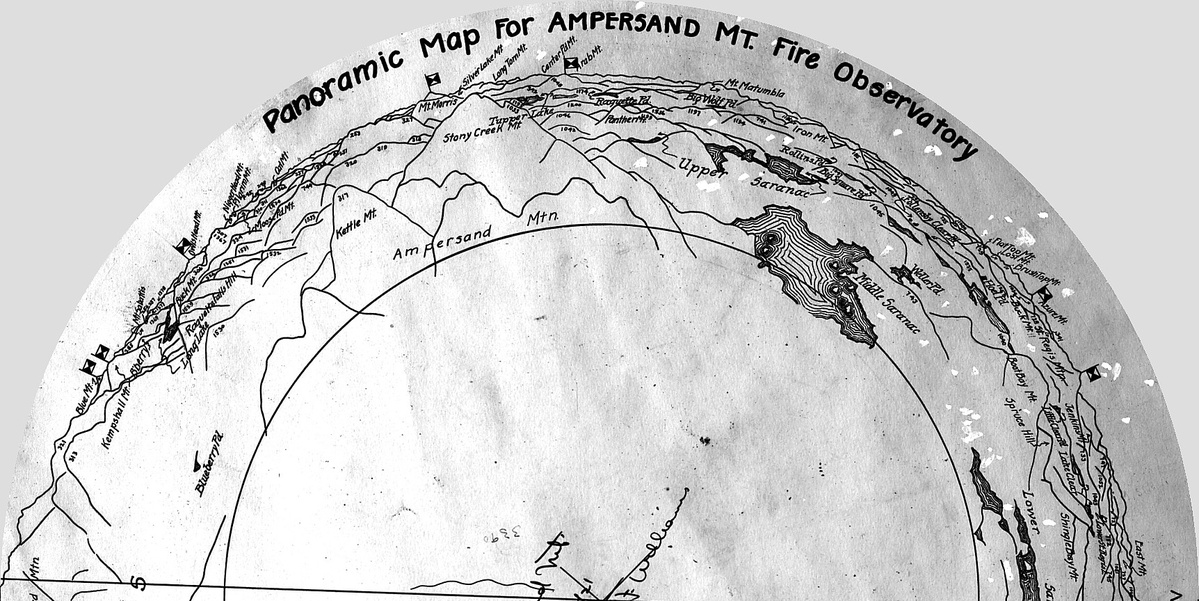 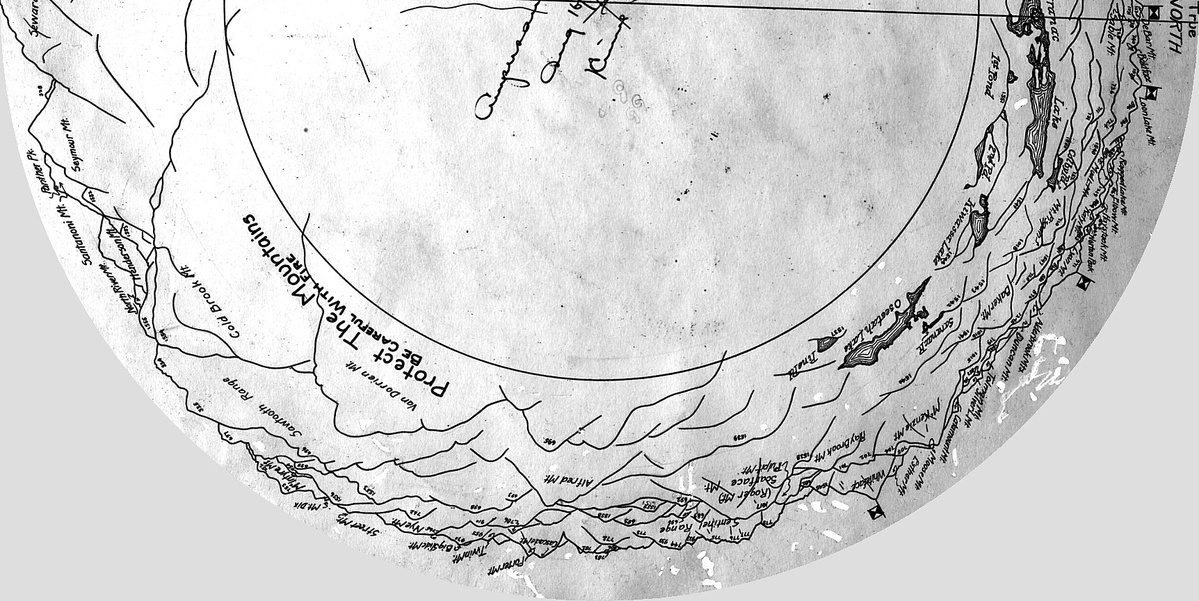