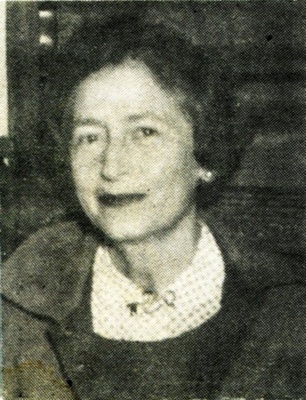 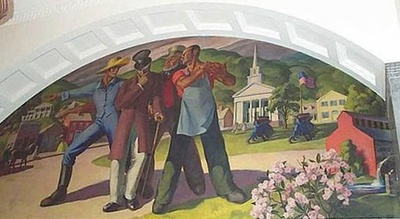 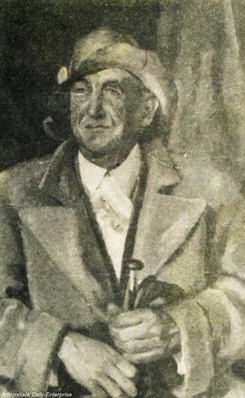 Amy White Jones was an accomplished artist who accompanied her ailing husband, David Blair Jones to Saranac Lake for the cure in 1930. While her husband cured, Ms. Jones taught watercolor painting at the Saranac Lake Study and Craft Guild and was a founding member of the Saranac Lake Art League. While living in Saranac Lake she became one of the first artists to work for the Section of Fine Arts established by the United States Treasury Department as part of the New Deal, painting murals in Post Offices in Painted Post (1939) and Scotia (1941) , both in New York, and Winsted (1938), Connecticut. 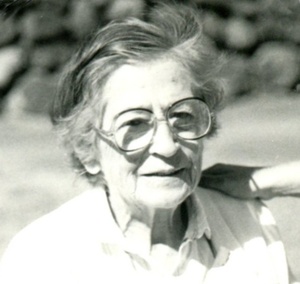 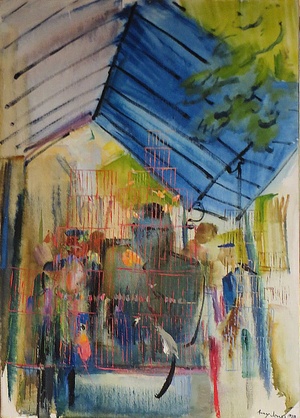 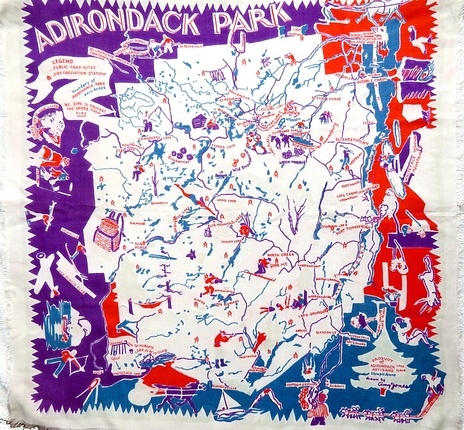 A scarf showing a whimsical map of the Adirondack Park drawn by Amy Jones.  Courtesy of Marge Glowa.  Ms. Jones belonged to the Society of Illustrators and her work was not limited to "fine art." She contributed to magazines such as Women's Day, provided art work for advertising and illustrated books for World Publishing, Thomas Y. Crowell (publisher) and Random House. Although she moved to Mt. Kisco, New York, in 1943, she maintained ties with the village. In 1946, she illustrated A Child’s Garden of Verses by Robert Louis Stevenson, another famous health seeker. In 1969, she returned to Saranac Lake to give a demonstration at the opening day of the village's annual Paint and Palette Festival. She continued journeying to the North Country the following summer and entered the painting, begun at the demonstration the previous year, “The Skipping Sun of the Adirondacks” in the Festival.

In 1996 Lucy Jones Berk, Ms. Jones's daughter, donated one of her mother's pen and ink drawings to Historic Saranac Lake. The work, entitled "Adirondack Arrival" depicts Saranac Lake's Union Depot and was created circa 1940. Originally intended as an illustration for a children's book, a cut line underneath the drawing reads, "Down the street came a dog team at full gallop." The book was a collaborative effort between the artist and the author, Louise Leser of Howling Dog Farms on Kiwassa Road. Although the book went unpublished, Lucy Jones Berk fondly remembers the Lesers— "Their daughter Fredrica (Fifi) was my closest childhood friend and our two mothers were lifelong friends."1

Details from the upper left and lower right corners of the map. Noted near Saranac Lake is Trudeau, the Study and Craft Guild and Howling Dog Farm.