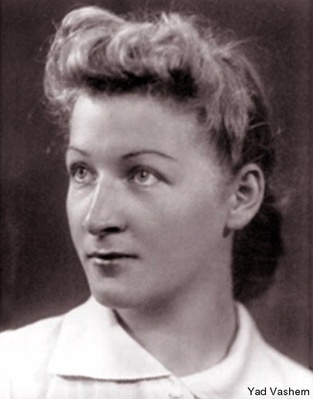 Anna Riesen Flescher's future husband Joachim Flescher left his family in Poland and moved to Rome at age 18, eventually establishing his psychiatry practice there. His family in Poland — his mother, two sisters, brother-in-law, and niece — were killed in the Holocaust. When the deportations of Jews began in Rome, Anna risked her life to hide Joachim until the liberation by the Allied Forces. Following the war, Joachim resumed his practice as a psychiatrist. He and Anna married and moved to the United States.

Anna and Joachim first came to the Adirondacks in 1951 or 1952, where they found mountains that reminded them of their European landscapes. They stayed at the Rockledge Cabins. They fell in love with Lake Clear and rented each summer from Fred Jarvis' wife, Eulalia Jarvis. They stayed in each of the three cottages but settled on the one they later bought, in 1966, which the family still owns today.

Anna Flescher was honored in a ceremony as Righteous Among the Nations at Yad Vashem, the Jewish people’s living memorial to the Holocaust, in Jerusalem in 2008.