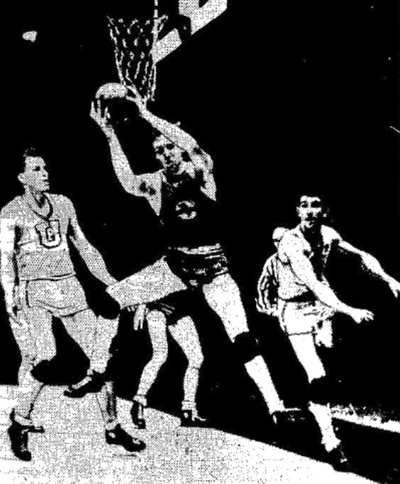 A desperate last-ditch rally by the McPherson Oilers of McPherson, Kans., fell short of victory as the Universal team of Hollywood won the finals match of the Olympics basketball tryout tournament in New York City. Joe Fortenberry of the Oilers is shown retrieving the ball after Universal missed a try for goal. At left is Frank Lubin and at right Art Mollner of the Hollywood Universals.
Ogdensburg Journal, April 8, 1936
Born: December 20, 1912 in Saranac Lake

Arthur Owen Mollner won an Olympic gold medal in basketball in 1936 as a member of the American team.

After briefly attending a junior college in Los Angeles, Art Mollner joined the Los Angeles Police Department. He also took his talent to playing basketball to the local AAU teams and became a regular with the Universal Studios team which sent seven players to Berlin in 1936. After playing for several years in the AAU leagues, Mollner coached the Fibber McGee and Molly team until 1952. He also continued his career with the LAPD until he retired as a sergeant. 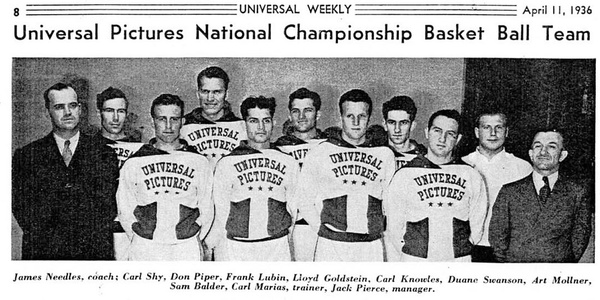