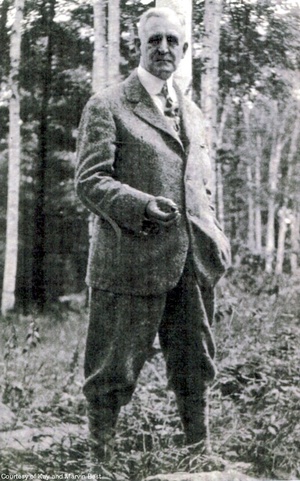 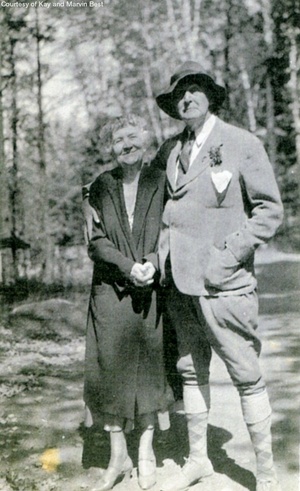 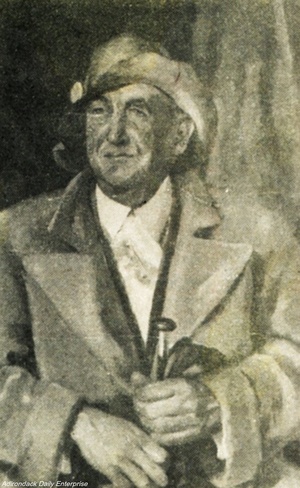 Arthur D. Moir, painted by Amy Jones in the 1920s. Adirondack Daily Enterprise, April 23, 1986 Arthur Duncan Moir, from New York City (10 West 10th St), brought his family to Saranac Lake for the health of his wife Laura around the turn of the last century. Moir Road — fronting on Lake Colby — once led to their camp. At St. Luke's Church, "the pulpit was presented by Mr. and Mrs. Arthur D. Moir in grateful remembrance of the recovery to health. Mr. Moir was the first junior warden and held that position for many years." 1Amy Jones painted his portrait, titled "Major Arthur Moir." His wife operated the house built by Robert H. Coleman at 33 Church Street as a commercial private sanatorium from about 1912 through 1921.

Their camp on Lake Colby was sold in 1908 to his sister in-law, Lucy Russell and her husband Alrick Man, but he continued to spend time there until he died in the 1940s.  In the twenties and thirties he lived with his parents in New York City and then with his daughter Jean on East 70th Street.  The children of the Man's sold the camp to the State in the 1960s

He was born in Edinborough Scotland to James Moir and Mary McElory. The youngest of 4 or 5 children, he grew up living in NY City at 10 West 10th St.  He was the great nephew of Robert J. Walker who was a Senator and then Secretary of the Treasury under President James Polk and a Special Envoy to England under President Lincoln for the Union.

Arthur Moir's brother, William Wilmerding Moir, was the Episcopal priest who built two churches in Lake Placid: St. Eustace church (before it was relocated to Main Street) and St. Hubert's, now the Pilgrim Holiness Church (which has been rebuilt after a fire). The brothers both came to the Adirondacks at about the same time. Rev. Moir died young of appendicitis.

1. S. A. Miller, "History of St. Luke's Given by S. A. Miller," July 30, 1939: from an unidentified newspaper clipping in the vertical file, Adirondack Collection, Saranac Lake Free Library.