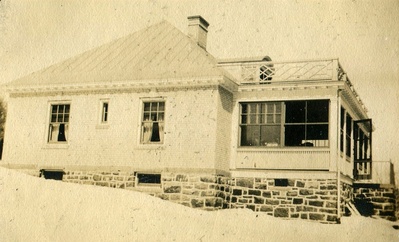 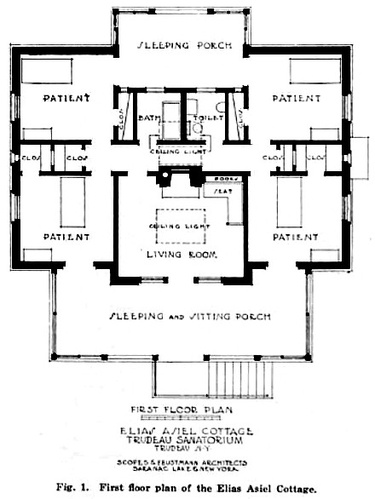 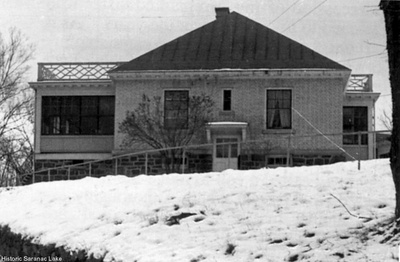 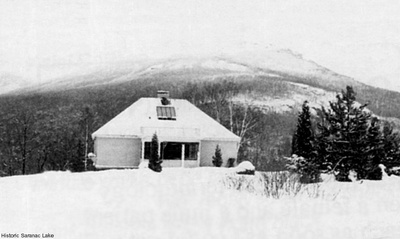 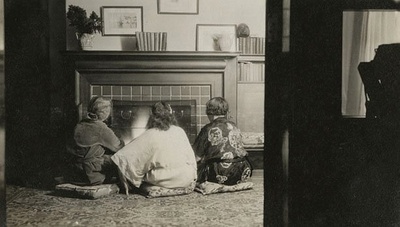 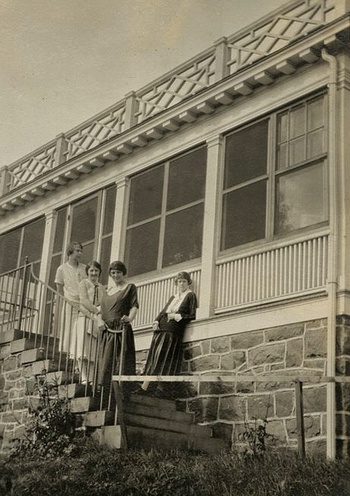 For a period of about twenty-eight years, the usual method of housing patients at Trudeau Sanatorium has been in cottages which contain four bedrooms, a sitting room, and an ample porch for taking the outdoor rest-cure. The earlier cottages of this type contained no plumbing, bathrooms were added about 1896, as well as ventilated clothes closets. Still later, when outdoor sleeping was advocated by many specialists in pulmonary tuberculosis, two or more porches were provided, instead of one continuous porch, so that patients' beds could be moved easily and directly from their rooms to these several verandas, or outdoor sleeping quarters. The four room type in its latest development is shown in Fig. 1, being the floor plan of a cottage donated by Mr. Elias Asiel of New York. The bedrooms are contiguous to porches and have cross ventilation. The clothes closets have direct ventilation and light. The living room, bath, and toilet receive light and air from porches, as well as direct light from above. The corridor also has a ceiling light and direct ventilation. 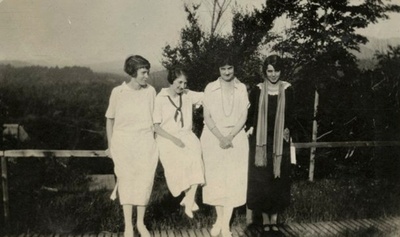 Women (likely patients) at Asiel Cottage, September 29, 1925
Courtesy of the Adirondack ExperienceThe construction of this cottage was begun during the fall of 1916 and the total contract price, as entered into at that time, amounted to a little less than $8,000.00…