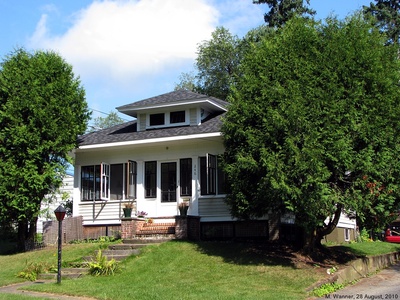 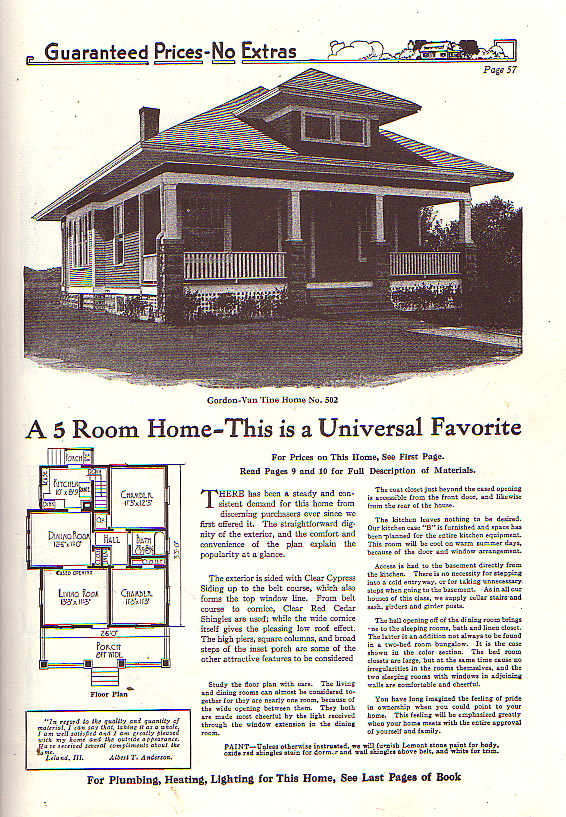 This house was constructed as part of a subdivision by Anton Gedroiz. It is a Gordon–Van Tine catalog house, No. 502. The original design was modified to enclose the porch with windows, in the Saranac Lake cure porch style. The catalog states, "The straightforward dignity of the exterior, and the comfort and convenience of the plan explain the popularity at a glance."

Clara Walter Daniels (January 4, 1912–October 8, 2003) lived in this home for 67 years, until 2002, when she moved to Saranac Village at Will Rogers. Clara moved to Saranac Lake from Arkansas in 1930 and worked at the Ray Brook State Tuberculosis Hospital for 16 years and Dr. Jordan for two years. She later worked for Niagara Mohawk's Saranac Lake office for 17 years, retiring in 1974. She loved this house. She lived there first with her husband, Francis Anthony Walter, who also worked at Ray Brook State Hospital. He died in 1955. She later married Clifford L. Daniels, who worked at a sawmill in Tupper Lake. Five children in the Walter/Daniels family lived in the home also.