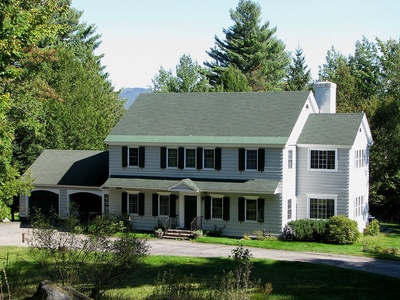 Other information: A virtually intact Colonial Revival-style cure cottage built near the end of the cure era. There are two cure porches, one on each floor, at the southwest end of the house.

Owners included L. Celeste Thierot, and later, Collier Baird, whose son married Mary Hayes, the daughter of Dr. John N. Hayes. The Bairds and Hayeses were neighbors in Glenwood Estates. The house was later sold to the General Hospital of Saranac Lake. [Collier W. Baird, III, noted on 3/20/2016, that his grandfather gave the house to the hospital in his will.]

The Adirondack Daily Enterprise of November 24, 1954, reported that, "There is no Wayotah rd. anymore. The name of the thoroughfare is now Glenwood ave. The Village Board approved the change in name." Collier W. Baird of Wayotah Road had polled his neighbors on the road by post card and a majority of the residents favored a change in the name of the road.