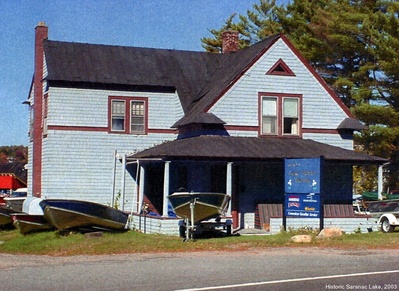 After severe winter water damage, the blue house shown above was torn down a few years ago. 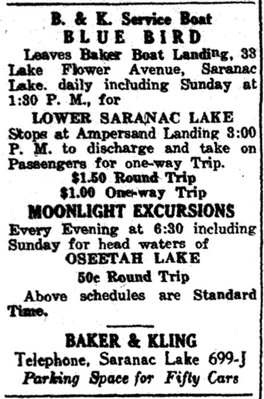 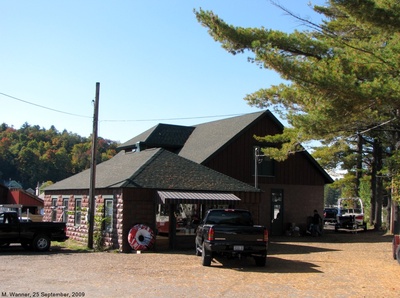 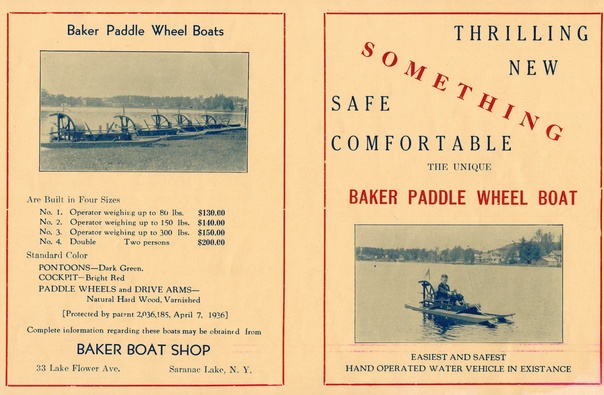 Courtesy of Mark McDaniels, 2014Other information: Freeman J. Baker, born 1877, 1 was a boat builder, master carpenter and mechanic as well as boat livery proprietor. The house that stood at 33 Lake Flower Avenue was built c. 1900 and the complex of shops, boat houses and storage sheds along with a railway for lowering large boats into the water was probably complete by 1910. In the shop, made of rusticated concrete blocks probably manufactured by the Normans at 15 Lake Flower Avenue. There was a steam engine which operated a sawmill as well as numerous power tools designed by Mr. Baker for his boat-building work. He traded wood to the local coal-dealers for their coal. Mr. Baker built large boats, the last of which was the Blue Bird, a 55-seat tour boat; but he is best known for his hand-driven (as opposed to foot-driven) one- or two-passenger paddle-boats. Unlike the ungainly, modern, fiberglass, recreational paddle-boats with their noisy flap-flap-flap, Baker's were sleek and quiet. The two-seaters seats were arranged one behind the other instead of side-by-side, and could achieve remarkable speed. The boats were made of wood and sheet metal mounted on sheet-metal pontoons. Mr. Baker had a patent on the boats, and an entrepreneur offered to buy the patent and mass produce the craft for which the inventor would receive a royalty of 50 cents each. The inventor refused. The boats were deemed to be a unique enough example of Adirondack manufactory for the Adirondack Museum to acquire a specimen. Mr. Baker died in the early 1940s.

In 1983 this property was owned by Charles R. Keough, when he ran it as a marina and boat repair shop; boats were no longer actually constructed there. Locations of the buildings are shown on the 1931 Sanborn map, the first time this area was mapped by this company. 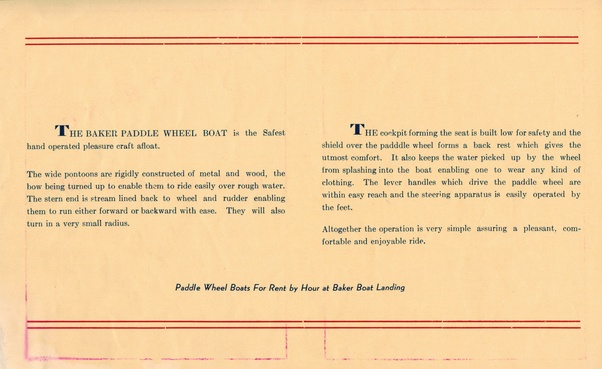 2012-02-19 09:25:51   I have one of his hand-driven paddle-boats but have never found any info or history on it. No info available at ADK Museum unfortunatly —MarkMcDaniels