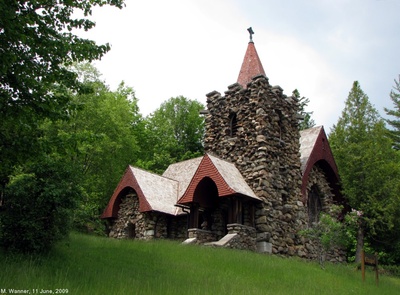 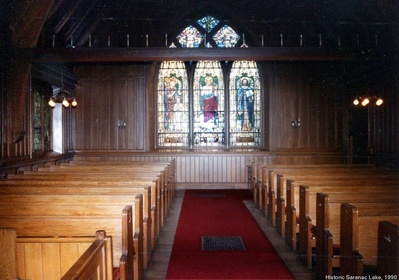 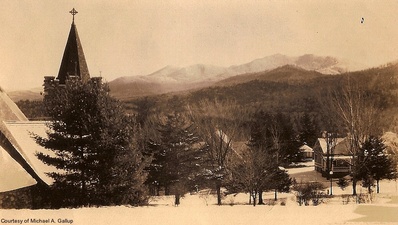 View from near Baker Chapel of Mount Baker and McKenzie Mountain 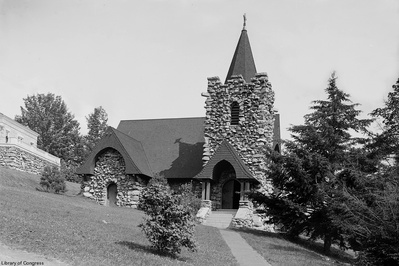 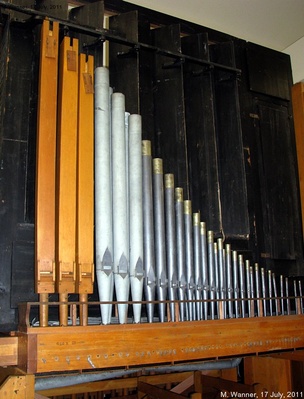 Baker Chapel is a non-denominational church was designed to accommodate the slope of the hill and is defined by its one-story, gabled nave, prominent square corner tower and side entrances. A stone alcove was added on the north side of the building in 1924 to house an organ donated by the patients. 1 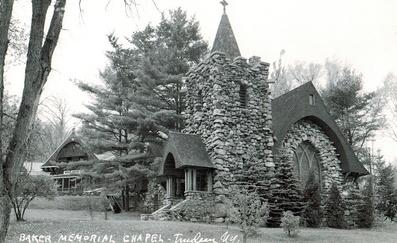 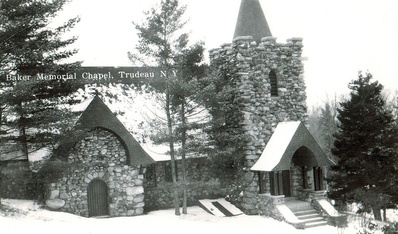 Courtesy of Noreen OslanderThe building is distinguished by its construction materials: large-scale, rough-cut stones complemented by shingled surfaces in the gables. The building was re-roofed in the 1980s with cedar shingles. The interior, which seats seventy-five, is entirely finished in natural wood, lit by 1897 stained-glass windows in the nave and a large, tripartite, 1924 window in the south facade. The Baker Chapel is in need of substantial restoration work due to the failure of its electrical system and the floor in the organ alcove; however, it otherwise retains integrity.

It was built by master stone mason Martin Miner Watson. 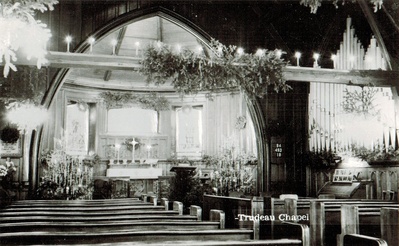 1. The organ, which has an unusual tubular-pneumatic action, is now in the collection of the Adirondack Museum