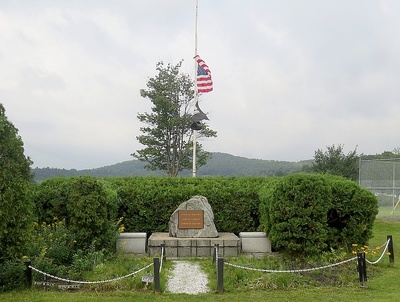 In a 2010 history of the Village Improvement Society, Alice Wareham wrote:

1925 - The mortgage finally paid off as VIS bought the old Branch and Callanan site that consisted of over 400 feet of land on Lake Flower Avenue with frontage on the Saranac River. The Enterprise hailed their action, describing the property as "long an eyesore along the approach to the village from that direction." 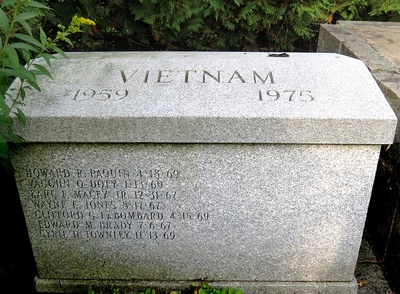 The Vietnam memorial
The memorial lists only those killed in action, but appears to be incomplete.Adirondack Daily Enterprise, July 18, 1958

The Baldwin Park Playground will be dedicated tomorrow at 11 a.m. to the War Veterans of North Elba. The public is cordially invited to attend.

Stanley Savarie, Saranac Lake village manager, and his working crew are today putting on the finishing touches to the park. Everything will be in readiness tomorrow for the presentation of this fine looking playground to the residents of the Lake Flower section of Our Town. 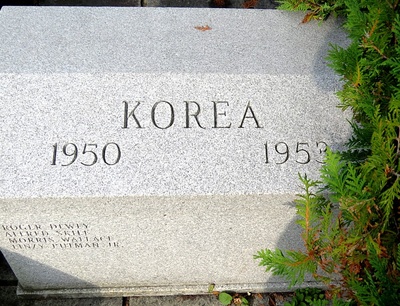 These workers, many who are members of the local Carpenters Union 600, by working nights, for no pay, have saved the taxpayers of Saranac Lake between 2 and 3 thousand dollars. It was truly a labor of love . . . love for our children.

Frank Ratigan, mayor of Saranac Lake, and Alton B. Anderson, Kenneth Garwood, Vernon Wamsganz and John Campion, members of the Village Board, and Harold Soden, North Elba Supervisor and Paul Dupree of North Elba, will take part in the dedication.

Francis L. Stearns will present the Saranac Lake Drum and Bugle Corps in a drill and parade music.