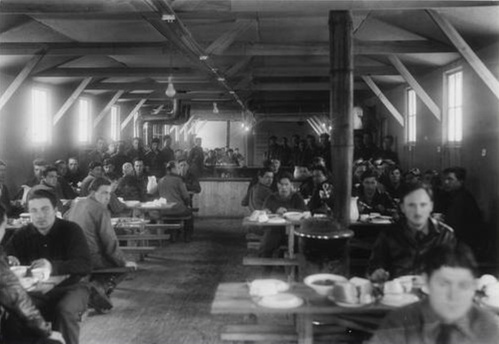 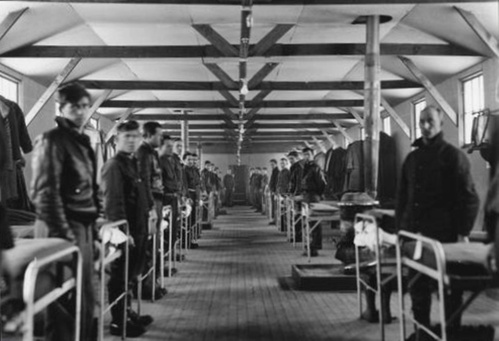 Barnum Pond is a 64-acre pond one mile north of Paul Smiths. It was the site of a Civilian Conservation Corps campsite in the 1930s.

This C.C.C. Camp, New York State #60 at Barnum Pond, opened June 3, 1933, and closed July 22, 1942, (according to the Annual Reports of the New York State Conservation Department). The last C.C.C. Camp in the State closed only three days later, on July 25, 1942. Our Barnum Pond Camp originally opened only for forest fire control, but a variety of projects were completed during its nine-year existence:

An aerial photograph, taken in September, 1942 [cited but not shown in the book], shows the location of the buildings, still standing, and indicated on the map on page 126. The Camp was located on the old Paul Smith's Hotel Company Farm, but the C.C.C. personnel completed their projects on nearby State land. Some silviculture plots were later established on the site of this C.C.C. Camp.

The C.C.C. Camp pump house on Osgood Pond and the horse barn, near Lot 44, are still standing in 1980. The dining hall was purchased and moved to Camp Regis-Applejack on Upper St. Regis Lake. Plantations by the College on the C.C.C. Camp were established in 1948.

For more photographs, click here and search for Barnum Pond.