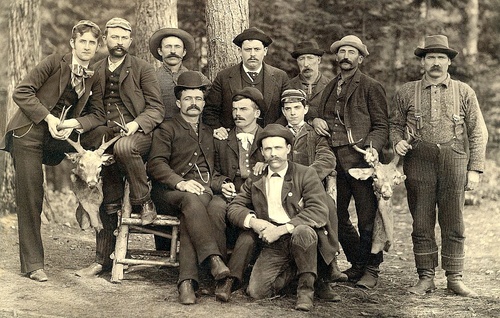 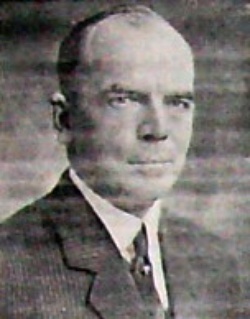 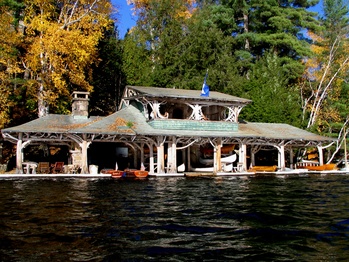 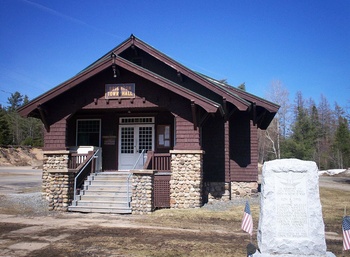 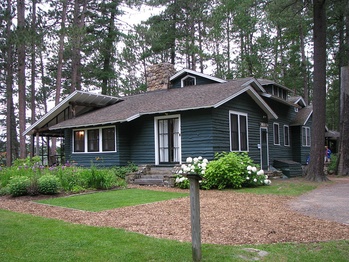 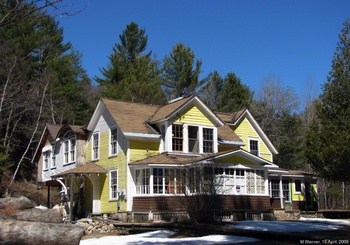 Benjamin A. Muncil (1867 – 1930) was an American master builder in the Adirondacks early in the 20th century. He was a major figure in the architectural development of the Adirondack Great Camps; among his many projects was Marjorie Merriweather Post's Camp Topridge, and White Pine Camp, a summer White House of US President Calvin Coolidge.

Muncil came from a poor family.  Born in Vermontville,  he was a son of Benjamin Muncil b. 1828 and Mary Abbott.  Put to work at age five, he received little formal schooling. He worked as a lumberman at age 14 and as a guide and camp caretaker doing carpentry work at camps on Upper St. Regis Lake at age 18.  His first adult job was driving lumber wagons. He quickly progressed from repairs to building and contracting. He learned to read blueprints and to make architectural drawings, his daughter reading to him. He went on to build many of the most famous camps on the St. Regis chain of lakes, as well as many churches and homes in Brighton and elsewhere.

He was the first to use "brainstorm siding," wavey-edged cladding, in place of clapboard, at several camps, including White Pine Camp on Osgood Pond in 1907. Other projects included Camp Longwood and the Huntington Camp, both on Spitfire Lake, and the Little Camp on Upper St. Regis Lake. The main boathouse at Topridge, with its curving cedar railings and twig work screens, is one of the major and last examples of the naturalistic rustic tradition introduced by W.W. Durant. 1 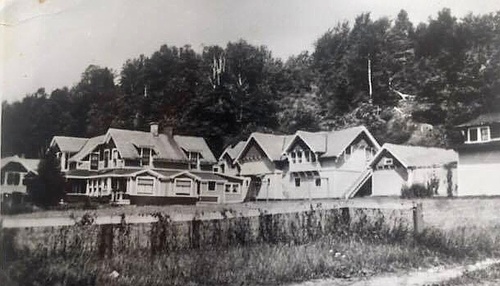 Benjamin Muncil's home, undated
Courtesy of Jayne Muncil BoehringerBen Muncil was tragically killed in 1930, when his car was struck by a train at Gabriels. He is buried in the cemetery at St. John's in the Wilderness Church. 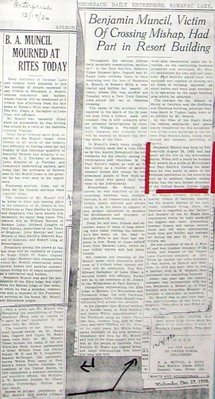 BENJ. A. MUNCIL KILLED IN CRASH AT GABRIELS

Investigation is being made by the coroner and railroad officials of the death of Benjamin A. Muncil, 64, of Keese Mill, who was killed at the railroad crossing in Gabriels Tuesday noon, when his automobile collided with the southbound Montreal train of the New York Central.

Mr. Muncil had left his office at Paul Smiths a few minutes before the accident and was driving home alone. Investigators are unable to determine how the accident occurred, as no witnesses were found up to last night. The crossing is unguarded and without any signal, but is generally considered that the tracks are visible for a considerable distance in both directions.

There is some bush in the fields, which might, however, have obstructed Mr. Muncil's view. According to one report which could not be verified, the engine and one car of the train had passed the crossing and the automobile ran into the second car. The machine was thrown 20 feet.

The body was inside the automobile when trainmen hurried back. It is believed Mr. Muncil was killed instantiy, as his neck was broken and he suffered many other injuries.

Dr. Charles S. Goodwin and Rev. Martin Hughes of Gabriels sanatorium were summoned, but emergency treatment was futile. The doctor and priest accompanied the body on the train to the hospital at Saranac Lake. The train was met at the depot by Dr. William A. Wardner, coroner, and Joseph Asselta, ambulance driver. At General Hospital he was pronounced dead.

Mr. Muncil was well known throughout the Adirondack section as a builder and contractor and for his charity among the workingmen and churches in the Paul Smiths section. He was born at Vermontville in August, 1866. He became well known as a guide at ['McColloms"] and at ['Paul Smiths"] when still a youth. He entered the contracting business in a small way as a young man and became the biggest contractor in the North Country.

He virtually owned Gabriels, employing five-sixths of the year round residents. On Upper St. Regis, St. Regis and Osgood lakes he constructed camps for the following: Whitelaw Reid, former ambassador to the court of St. James, Great Britain; W. K. and W. C. Vanderbilt, Senator McDougall of Montreal and the White Pine camp at Paul Smiths, where President Coolidge stayed in 1926.

The convent for the Sisters of Mercy at Gabriels was also constructed by him, as was the Goldberg & Ginsburg building, principal business block of Tupper Lake. At the time of his death he had plans nearly completed for reconstruction of the main buildings at Paul Smiths hotel, which were burned last summer. He learned architecture as his own teacher.

Muncil's tombstoneHe was president of the B. A. Muncil & Son Lumber company at Gabriels and founded the Tupper Lake Furniture company in 1916. When he started it the business was known as Muncil & Solomon until 1918. In that year and until 1922 Mr. Muncil was a partner with A. D. Beshaw, who purchased the controlling interest.

He is survived by his wife, Mrs. Minnie Muncil; a son, Benjamin Jr.; a daughter, Mrs. Cornelius Meagher of Paul Smiths; and three brothers, William of Gabriels, John of Vermontville, and Frederick of Bloomingdale.