Bernard James Daly played with Ray Miller in 1923-24. In addition to Whiteman in the late 20s, he recorded with a band under Eddie Lang's name and with Joe Venuti and his New Yorkers. Don Rayno in v. 1 of his book "Paul White: Pioneer in American Music" writes on p. 350, "Bernard J. "Bernie" Daly (b. c 1903 Burlington, VT; d Mar 20, 1944, Saranac Lake, NY) reed player. Played in the bands of Ray Miller, and Arnold Johnson, Vincent Lopez before joining the Whiteman Orchestra in April 1929. Left Whiteman in May 1930 and afterward played with Rudy Vallee and Guy Lombardo.  He was a patient at  Will Rogers Memorial Hospital from 1943 until his death 1944. Bernard died of tuberculosis at Will Rogers Hospital in Saranac Lake in 1944." 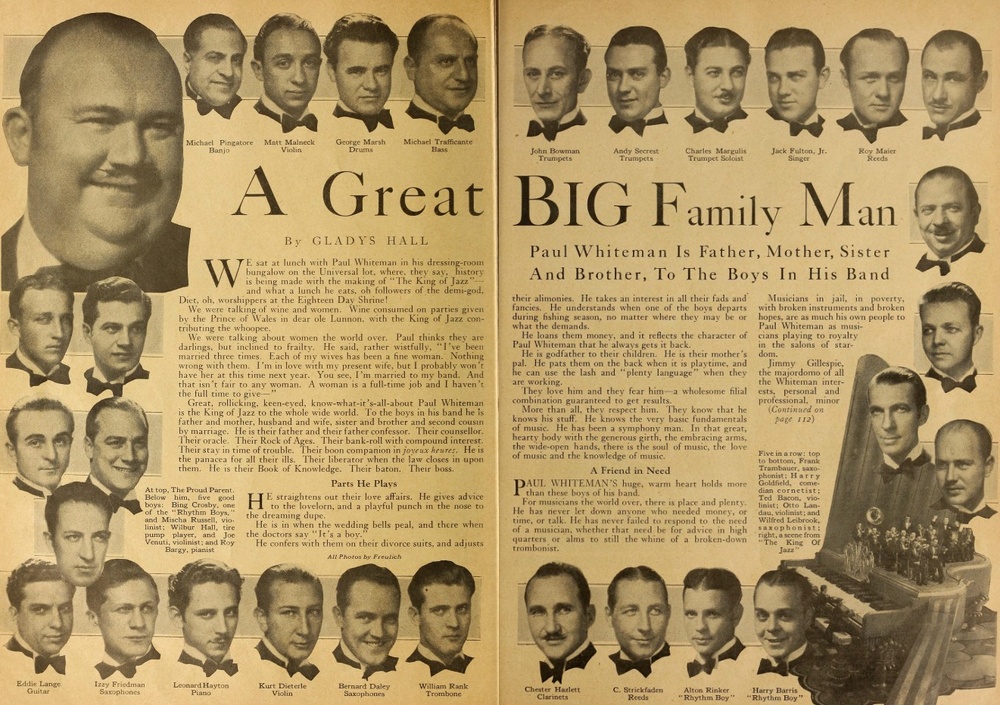 5th from the left 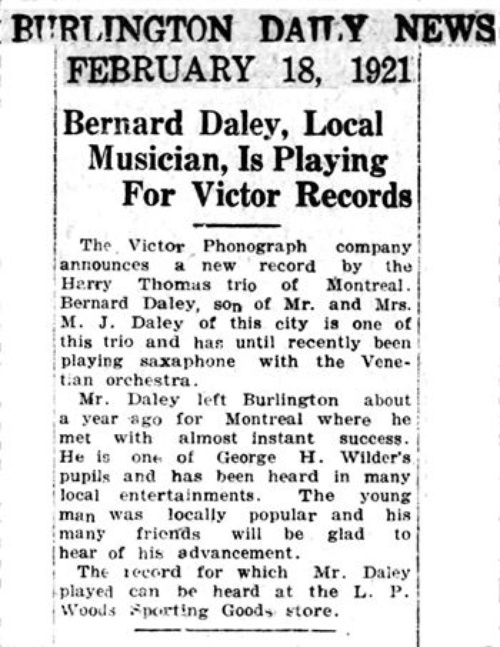