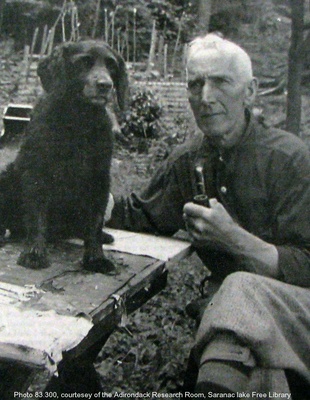 Bertrand H. Gray, with E. B. Hay owned the Adirondack Art Company. He was an avid sportsman. Known as "Ber", he helped design and manufacture a fishing lure that they sold at the store. They were made in the basement on a die-stamping machine purchased for that purpose. Prior to becoming involved in the store, he worked in the office of the division engineer of the New York Central Railroad at Albany.

See The Book Store for more on the brothers Gray.

Ber was also a boat owner but not as an entry in the racing fraternity; in fact, according to the membership listing, he was not a Boat and Waterway Club member. His boat was in the fishing class, slow-moving and quiet in operation. It was a narrow launch, pointed at bow and stem like a guide boat. It measured 22 feet long and sported a two-cylinder engine which made for leisurely cruising. Ber named it "Scout."

IT WASN'T A GOOD DAY FOR HUNTING EITHER

B. H. Gray of Saranac Lake managed to shoot a good sized buck, a mother bear and young cub in one day while hunting on Whiteface Mt. The bears are being mounted. 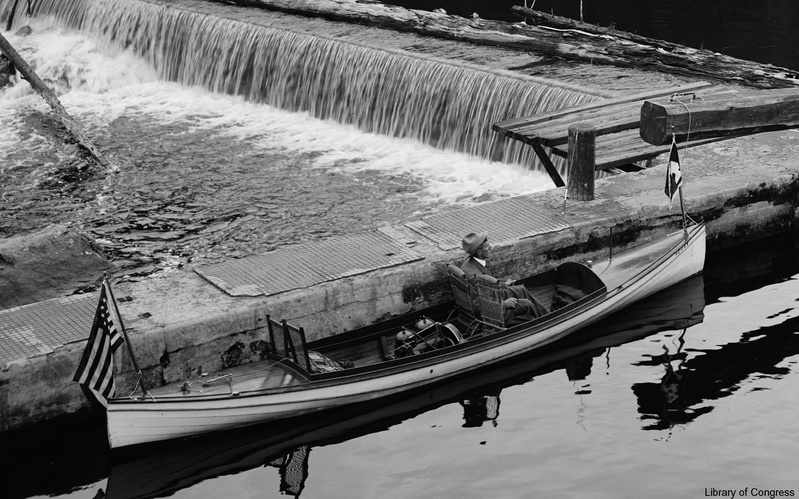 Ber Gray in Scout, on the lower locks of the Saranac River (Detroit Publishing Co., between 1900 and 1910).