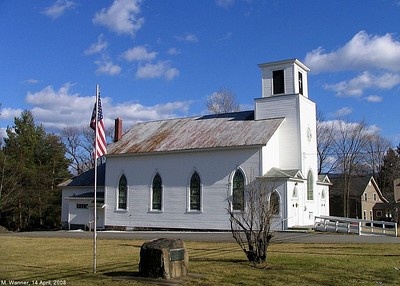 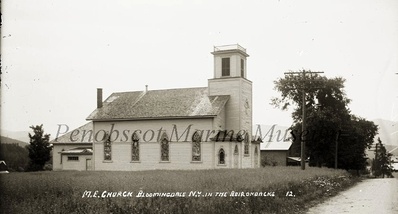 Architect: This church was likely based on a design by Methodist minister George Bowler, from his book Chapel and Church Architecture, published in 1856.

See Adirondack Churches by Sally E. Svenson, page 63, for comparative photos of this church, "before and after the ceiling between its first and second stories was removed in 1908 and the sanctuary relocated to the ground floor." The present windows are replacements for two rows of windows on the first and, then, second story.