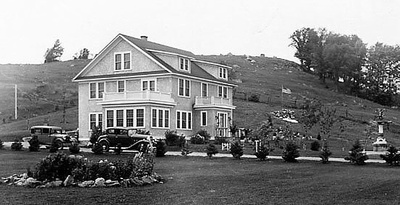 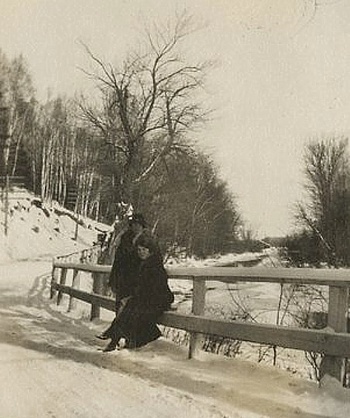 Two women on the Bloomingdalle Road, January 10, 1925
Courtesy of the Adirondack Experience 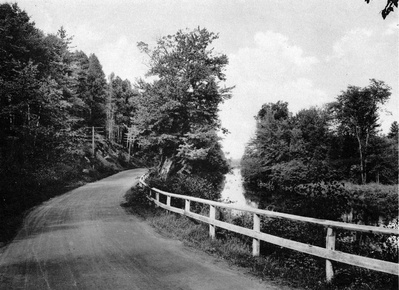 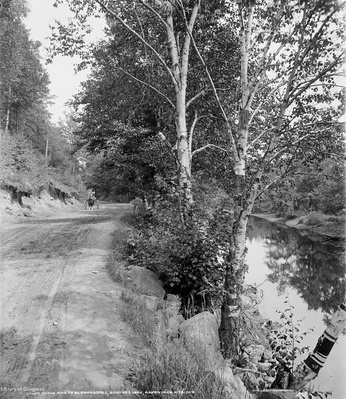 In 1955 the Happy Manor Art Gallery was established on the Bloomingdale Road by Mrs. Dorothy Yepes, with support from Mrs. William Morris and a group called the Adirondack Allied Arts headed by Mrs. William Distin.

Reports from the office of Captain A. W. Brandt, state commissioner of highways, are to the effect that the state hopes to build a new highway between Bloomingdale and Saranac Lake this coming summer.

The road is just short of miles in length and is one of the most heavily travelled routes the entire Adirondack region. The announcement does not state whether the new road is to be of concrete or macadam, but since the second link of the road running from Bloomingdale toward Plattsburg is of concrete construction, it is believed by many that the Saranac Lake-Bloomingdale highway will be built of the same material.