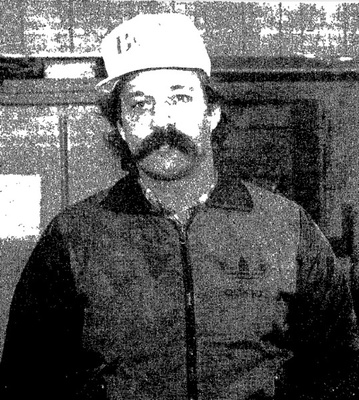 Brent "Stuntman" Rushlaw was a bobsledder and a member of the Saranac Lake Bobsled Club. He was the national two-man champion five times. He won 18 of the 26 two-man races he has entered in the U.S. He competed in the Winter Olympics four times, in 1976, '80, '84, and '88.

He attended Saranac Lake High School where he was quarterback on the football team and starred in basketball and baseball. Brent was a key member of the 1968 SLHS baseball team that won the school's first ever Section 10 baseball title. He went to Clarkson College. During his junior year he was introduced to bobsledding by Gil Miron.

IGLES, Austria — Brent Rushlaw of Saranac Lake established himself as the No. 1 bobsled driver in the U.S., winning the final race of a six-race series here on Sunday.

The series, held in December and January, included three two-man and three four-man events. Matt Roy of Lake Placid was second, and Randy Will of Endwell was third.

Rushlaw earned the right to drive the USA No.,1 sled at the upcoming Calgary Olympic Games, and Roy will drive the No. 2 sled. Will has been named the alternate. It will be Rushlaw's fourth time in the Olympics.

On Roy's team are brakeman Jim Herberich of Winchester, Mass., Brian Shimer of Naples, Fla., and Scott Pladel of Renssalaer.