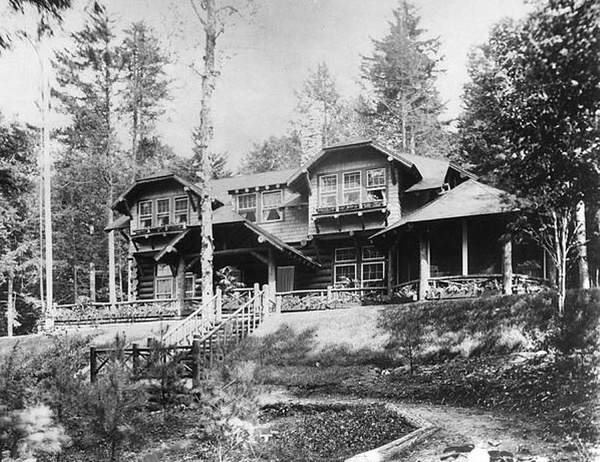 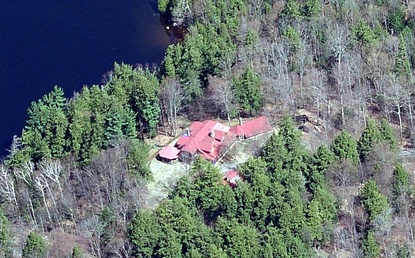 The Floyd-Jones camp was designed in 1906 for W. Chauncey Floyd Jones of Long Island by Coulter and Westhoff, architects. The contractor was John Hatch, and the price was $10,523. The contract gives the following details: "a camp building with ice house and wood shed, and a boat house in Ampersand Park, the contractor furnishing all logs and slabs, excepting for the crib of boat house, logs for which are to be taken from the grounds (such trees as are marked by the architect). Distinctive features of this camp include a broken-up form of dormers with clipped gables, simple but extensive log work, and an octagonal screened room. The second-floor sleeping porch, handsomely built of logs and located off the master bedroom, is indistinguishable from those designed for tuberculosis patients in Highland Park. The large rectangular living and dining room is supported by massive log posts and beams; the posts, cut flat in the back and set against the walls like pilasters, have iron rods concealed in their centers." (Coulter and Westhoff, contract with W. C. Floyd-Jones, 15 November, 1906)

William Chauncey Floyd-Jones married Peppina Avezzana on June 16, 1930. A map shows that Peppina Floyd-Jones purchased property from the Ampersand Hotel Company November 25, 1910, but this may have been an addition to the original property, as it is probable that the house was built in 1907.

The Floyd-Jones family was from Huntingdon, Long Island and Massapequa. They named their new camp, "Massapequa". Their son, Roy A. Floyd-Jones, was born in New York City June 19, 1891.

Before the First World War, the camp was sold to Mary McDougal McMartin and her husband John. Their daughter Rita McMartin married Venance LeMay and they had two children, Barbara and Peter LeMay. After Venance LeMay died, Rita McMartin LeMay married Roy A. Floyd-Jones. Roy A. Floyd-Jones died in 1964. He was survived by his widow, Rita, and Barbara and Peter LeMay, his stepchildren. 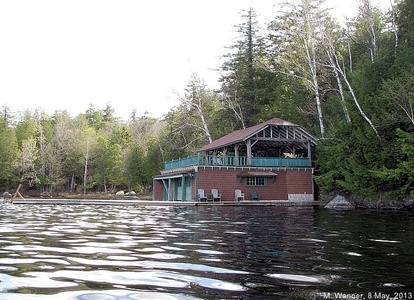 The boathouse at Camp Massapequa 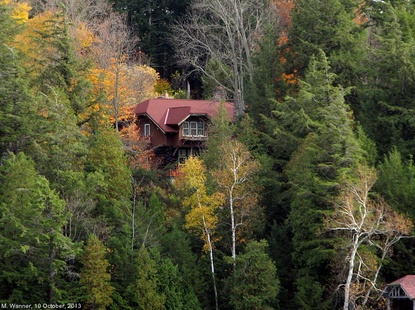 Camp Massapequa from Lower Saranac LakeManuel Quezon, the president of the Philippines, came to Saranac Lake in June 1943 and again in June 1944. He had been invited by President Franklin Roosevelt to establish a government in exile in Washington, DC, but Quezon had tuberculosis and was looking for a better summer climate.

The McMartin camp was secured for the visiting head of state, as were the services of Dr. John N. Hayes, a specialist at the Trudeau Sanatorium. Quezon and his staff stayed at the lodge on the lake and he claimed to be much improved after his first Adirondack summer. However, when he came back in June of 1944, he was much worse, and he died on August 1st. After a high mass celebrated by Dr. Hayes' brother, the Most Reverend Ralph L. Hayes of Pittsburgh, who just happened to be visiting, the body was taken by special train to Washington, D.C. 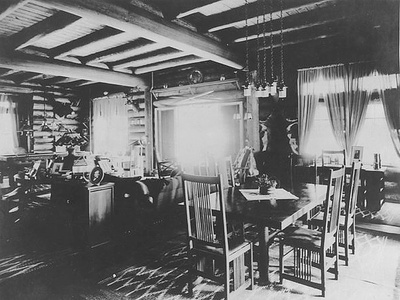 The ceremony was performed by the Rev. Vernon L. Doe. The bride was given in marriage by her stepfather, Roy A. Floyd-Jones. A reception was held at the Floyd-Jones "Camp Massapequa."

The bride is an alumna of the Cours Fenelon, Paris, France, Foxcroft School and Bryn Mawr College. She is at present with the U.S. Information Agency in Washington, D.C. Mr. Howley, an alumnus of Norwich University and Boston University, received his doctorate from the University of Iowa. He is a professor of English at Georgetown University. During World War II he served in Europe with the Third Army. 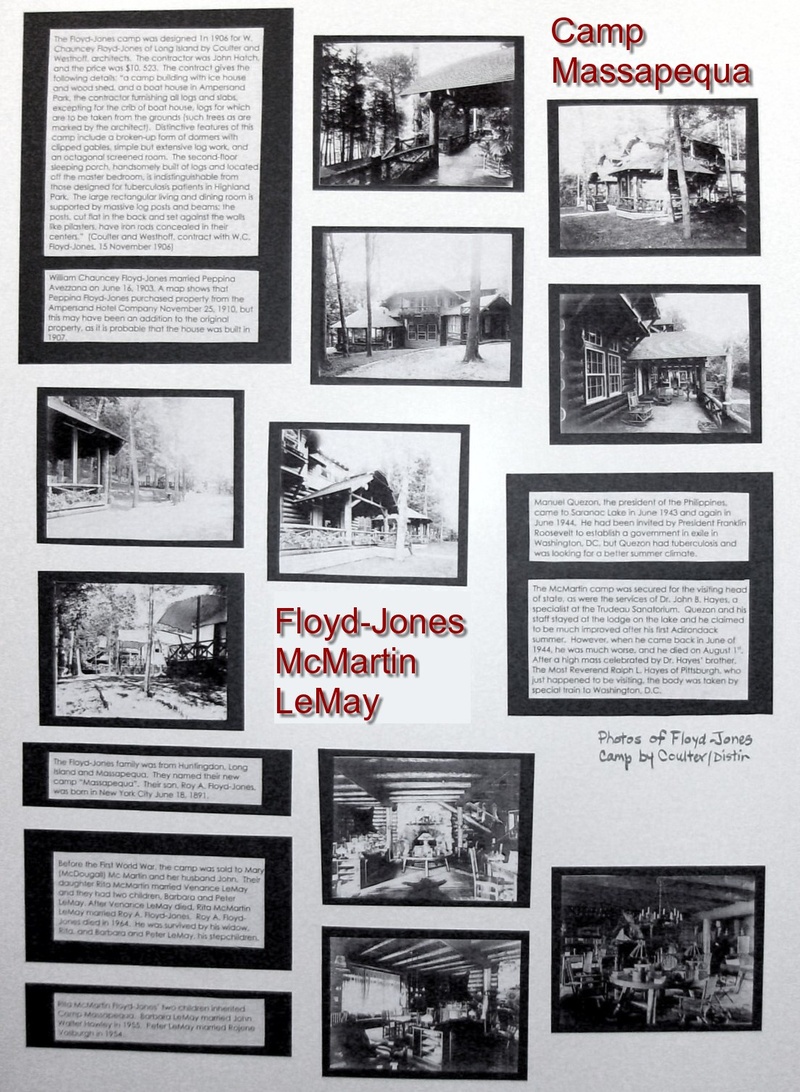