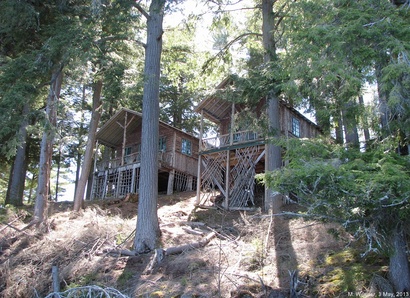 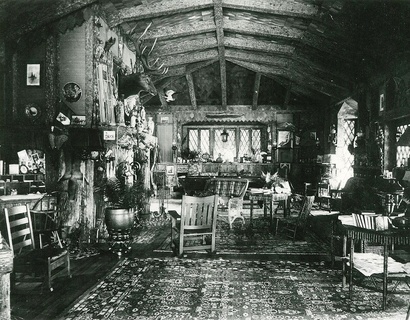 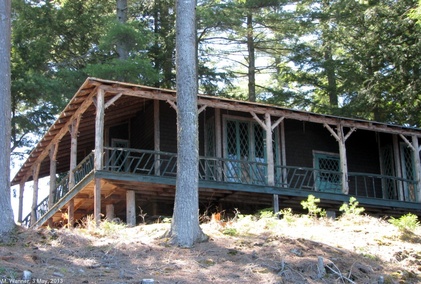 Camp Pot Luck was built for Henry L. Hotchkiss, president of the then world third largest rubber oncompany, L. Candee and Company, predecessor of U.S. Rubber. It was built on 18 acres bought from Paul Smith in 1883.  The camp was and is accessible only by water.  The camp's 29 buildings were built by local guides; fourteen have since been removed.  Many of the camp's furnishings date from its earliest years, including the "church boat," a large guideboat used for ferrying the family to church services.

Hotchkiss was president of the St. Regis Yacht Club, and the Idem races figured prominently in camp activities.  The family's Idem was given to another camp in 1970.

The camp is still owned by members of the family.

...Mrs. Hotchkiss Ely of  Greenwich, Conn., has been joined at her Camp Pot Luck on Spitfire Lake by her son-in-law and daughter, Mr. and Mrs. Charles Minot Dole...