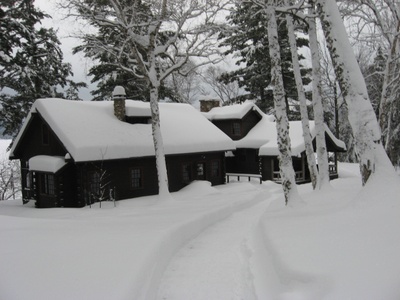 Camp and Guest House Camp Rivermouth was probably built by the architect, William Coulter, around 1907 as the "Otter Slide" camp identified by Mary Hotaling in her M.A. thesis on Coulter. The camp subsequently passed through many hands. The Brunswicks owned it in the 1930s and added the guest house. Ken Wilson, the Saranac Lake teacher and coach of the football team, owned it in the 1940s and built the road in from Kiwassa Road (or the football team did!). Dr. Hart owned it in the 1950s. It was a very large acreage at the time. Dr. Hart even tried to construct a small golf course on it. It was abandoned in the 1960s and fell into disrepair.

Barrie and Deedee Wigmore (New York City residents) bought the camp in 1971 with only 2 acres of land when they were only 30 and 28 years old, respectively. They began the long process of restoring the camp. By a series of 15 felicitous land purchases over 30 years, they restored the property to almost 500 acres. The main house and guest house have been completely restored, including re-roofing, log work and floors for the front and back porches, new windows and doors throughout, insulating, a new kitchen, a new master bedroom and bathroom, and new interiors in the guest house. The original garage was taken down and replaced with a two car garage built by Lisa Almekinder. The old study was replaced by a gym, also built by Lisa Almekinder. And the original casino which was a modest out-building was replaced with a new building built by Barry Cantwell. Kim Courter oversaw the design of the new buildings as well as the installation of large scale underground electric service.

The original boathouse collapsed when the camp was abandoned. It was replaced in the 1970s with a patio by the new caretaker, Clarence Donaldson, who was fined $10 by the DEC for doing it without a permit.

Arthur Donaldson, Clarence's nephew, built steps with rock walls down to the patio in the 1980s (his first experience with dry wall) which have since become one of the camp's outstanding features. 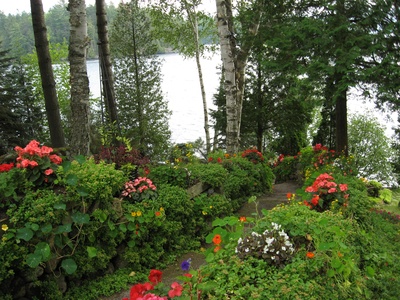 Steps with rock walls to patio. 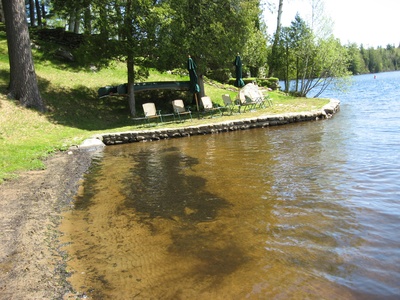 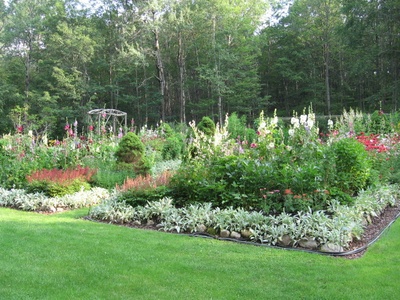 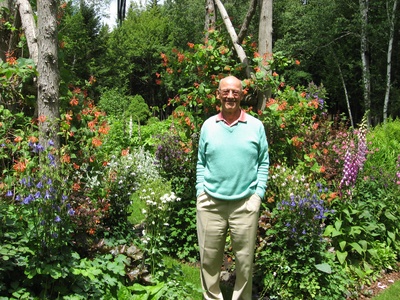 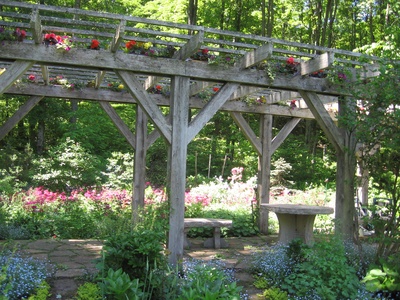 Pergola Clarence Donaldson, Arthur Donaldson, and another nephew, Howard Strack, began the Upper Garden, about 3/10 mile from the main house, in the 1980s. This blossomed into a major effort over the years that has been featured in numerous books and magazines. A pergola, a garden shed, rustic arbors, and rustic gates were built by Lisa Almekinder. Junior Thompson became the head gardener in 2003.

An important development for the camp was permission from the DEC in the 1980s to connect 3 small islands to the shoreline about 2000 feet from the patio by 3 successive bridges. These bridges (which show a Japanese influence) were built by Gary Sheffield of Lake Placid.

Jim Zolko became caretaker in 2005 and has overseen a multi-year effort to groom the woods. 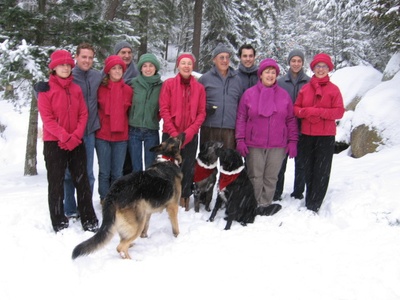 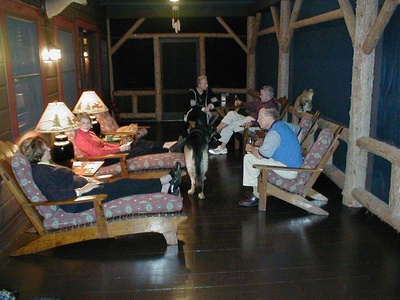 The camp enjoys active use about 100 nights a year by both extended family and good friends. 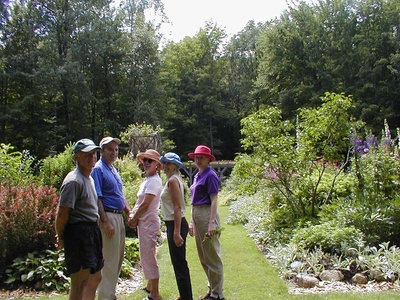