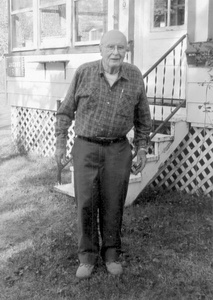 Carl F. Jacobs was a cable trouble technician for New York Telephone from 1956 until his retirement In 1989. He was a member of Mountain Valley REACT and the Amvets and enjoyed being a handyman. He was a Korean War Veteran, having served in the United States Air Force from 1952 to 1956.  He lived on Payeville Lane

He was born in Lake Kushaqua, the son of Perley and Teresa (MacDonald) Jacobs.  He is buried in Mountain View Cemetery.