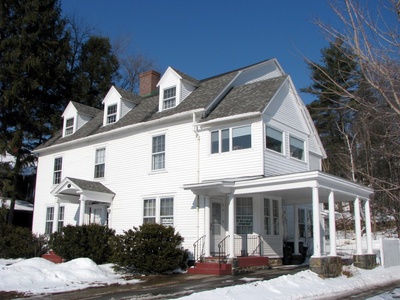 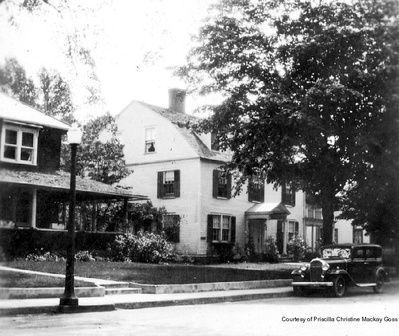 Charles M. Lea was one of the original trustees of the Adirondack Cottage Sanitarium. His wife was a very early patient of Dr. Trudeau, and Mr. Lea, a medical publisher from Philadelphia, had the translation of Robert Koch's paper, "The Etiology of Tuberculosis," made as a Christmas gift for Dr. Trudeau in 1884.

According to the 1916 TB Directory, the Bailey Cottage, run by Miss Caroline Bailey, had room for a ten patients, had two cure porches and charged $16-26 per week. It also is listed in the Disinfection Records of 1911. Henry Ives Baldwin, born in 1896, the son of Dr. E. R. Baldwin who lived next door at 6 Church Street, knew this property as the Bailey house. He wrote that there was in his youth a red barn back of the Bailey house.

This was later the office of Dr. Robert C. Paterson and later still, the Adirondack Surgical Group, headed by Dr. Warriner Woodruff, and including Dr. Carl Merkel and Dr. Alfred Decker. Gertrude Woodruff lived in a second-floor apartment here in the late 1970s after she sold her house at 54 Old Military Road.

Dr. Neil P. Miller, Optometrist, had his offices on the first floor until he retired from practice in 2011. The upper floors are rented as apartments.