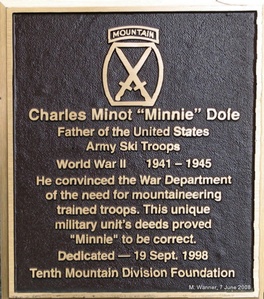 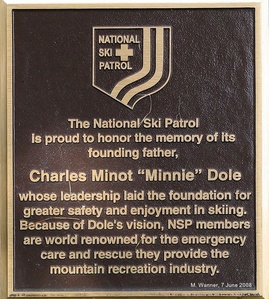 Charles Minot "Minnie" Dole was the founder of the National Ski Patrol, and had a camp on Upper St. Regis Lake. He is buried in St. John's Cemetery in Paul Smiths.

Minnie Dole formed the National Ski Patrol in 1938 and was director of the organization until 1950.

Dole is honored across the ski industry with plaques and other honors. A trail was dedicated in his honor at Berkshire East Ski Area. Dole was inducted into the United States National Ski Hall of Fame in 1958.