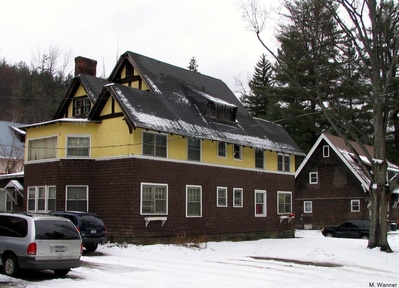 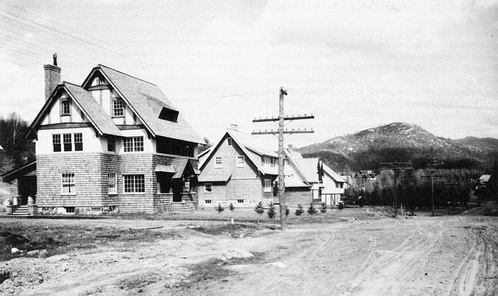 Other information: A Tudor Revival-style cure cottage. One of seven cottages in Saranac Lake that had contracts with the Veterans Administration for care of tubercular veterans. From 1949 to 1962, Alfredo and Alicia Gonzalez lived in the home and occasionally took in a patient at their home who was a friend of the family or particularly well-to-do. During this time, the Gonzalezes operated the neighboring Gonzalez Cottage for Spanish speaking patients.

The Clara Black Cottage is listed on the National Register of Historic Places as a contributing element to the Cottage Row Historic District.

SARANAC LAKE -- Village police are looking for a car that was seen in the Park Avenue area on the night of May 23, when a suspicious fire damaged a three-story apartment building there. . . . The blaze at 169 Park Ave., a former cure cottage with seven apartments owned by the Nicastro family, broke out around 1:30 a.m. The building's tenants escaped unharmed, although some had to use its fire escapes to get out. . . .