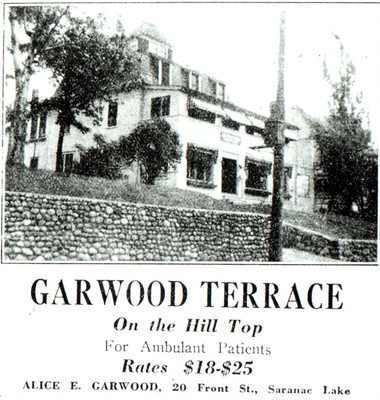 Other information: According to the 1916 TB Directory, the Picasco Cottage, run by Miss M. Picasco, [sic: Picaso] had room for 21 patients, had three cure porches and charged $10-17 per week.

Mrs. Alice Garwood bought the Clear View Cottage from M. A. Leonard in 1921.

E. L. Gray lived at this address for a time. Huber Gale Heath was a patient here in the 1920s.