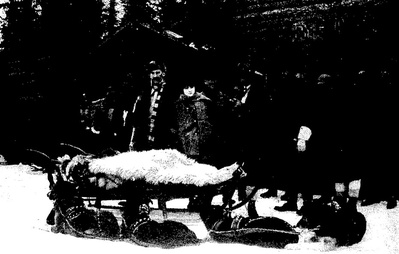 Clinton MacDougall was a guide who worked at Knollwood. He came here with TB. He acted in some of the silent films made in the village. He is buried in Pine Ridge Cemetery.