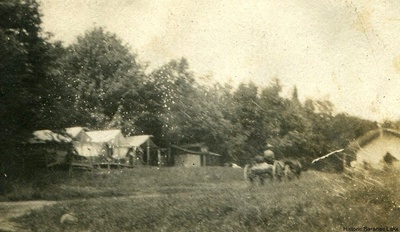 Tents were used for curing, mostly in summer months, as a logical extension of the idea of the "fresh air cure", starting at the Adirondack Cottage Sanitarium. Saranac Lake cure cottages known to employ tents at one time or other included the Carr Cottage, Balsam Manor, the Rumenapp Cottage, the Dysinger Cottage and Fletcher Farm. The Ampersand Hotel also set up tents for cure patients, and the State Hospital at Ray Brook used them year round for a time.