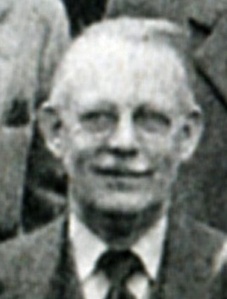 Dr. Daniel Brumfiel first came to Saranac Lake as a TB patient at Trudeau Sanatorium in 1925 as a newly graduated doctor. After his cure he left, but returned in 1928 and practiced with Dr. Francis B. Trudeau, Sr. He opened his own office about 1930 where he practiced for more than 25 years.

Dr. Daniel M. Brumfiel, 68, Saranac Lake physician and a specialist in diseases of the chest and heart, died at his home at 22 Catherine Street at 8:30 last night.

His body is at the Fortune Funeral Home in Saranac Lake. Surviving is his wife, the former Katherine Rutledge, whom he married in Ft. Dodge, Iowa, on Aug. 28, 1917.

Dr. Brumfiel was born in Fayette County, Ind., on January 20, 1890, the son of Daniel and Martha Ann Trusler Brumfiel. He attended Lombard College from 1908 to 1912 where he received his AB degree. He received his Master's degree from the University of Illinois in 1913, and his Ph.D. from the University of Iowa in 1917. In 1924 he was awarded an M.D. degree from the Johns Hopkins School of Medicine in Baltimore.

He was with the Department of Internal Medicine at the Henry Ford Hospital in Detroit from 1924 to 1925. In that year illness brought him to Saranac Lake, where he was a patient at Trudeau Sanatorium for several months. He then returned to the Henry Ford Hospital. In 1928 he returned to Saranac Lake and for two years was associated with Dr. Francis B. Trudeau, Sr. He opened his office about 1930, and had continued to practice here until his recent illness.

In addition to all this, Dr. Brumfiel liked to write. Once he told an Enterprise reporter that "Like sixty million other Americans, I've had a yen to write since I was a kid."

In December 1954 Esquire magazine carried a story of his entitled "No Room," a story concerning the failure of Joseph and Mary to get shelter at the Selim's Inn just before the Christ Child was born. Another article of his was titled "The Man Who Thought of RFD."

Dr. Brumfiel had a lively interest in community affairs and a wide circle of friends.

The body is reposing at the Fortune Funeral Home where there will be an Elks Service at 8 o'clock tomorrow night.

Funeral services will be held on Saturday at 2 p.m. in the Saranac Lake Presbyterian Church with the Rev. W. James Erdmann officiating.

Mrs. Brumfiel has requested that in lieu of flowers friends who wish to do so may send a contribution to the Saranac Lake General Hospital in memory of Dr. Brumfiel.