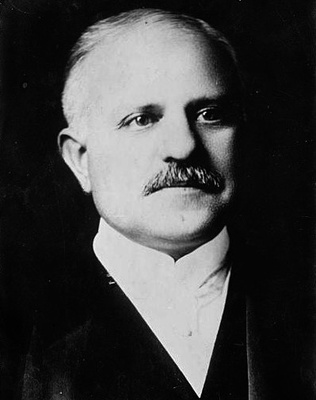 Daniel Guggenheim was an American industrialist and philanthropist, and a son of Meyer Guggenheim. He expanded his father's mining empire into Alaska. He was a member of the National Security League, the driving force for moving the then-neutral USA into World War I. When his son, Harry, became an aviator, he developed a lasting interest in aviation; in the 1920s they established the Daniel Guggenheim Medal for achievement in aeronautics and provided grants for aeronautics research at leading U.S. universities.

He was one of the original members of the Knollwood Club on Lower Saranac Lake, in Cottage Six. He withdrew from the club about 1910 and purchased nearby Pinehurst.