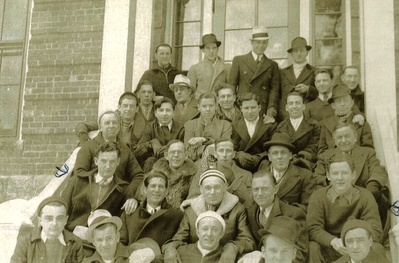 Denis Troy was from New York City. He came to Saranac Lake with his two brothers, Thomas Troy and Peter Troy to cure at the Ray Brook Sanatorium in the 1930's. Denis had passed away while there.

Information provided by Peter's son in 2012.