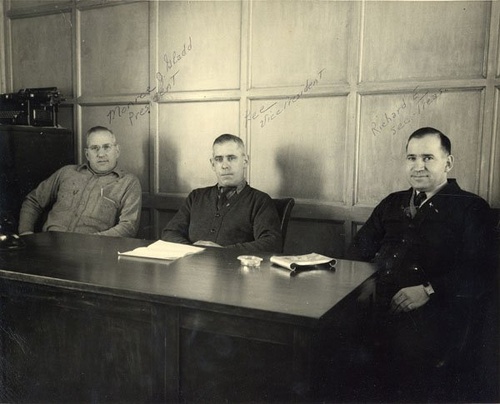 Dick Gladd was an automobile dealer in the Saranac Lake area for 57 years.  He worked part of that time for Gladd Brothers, but he also ran his own agency in Tupper Lake in the 1970s.

Mr. Gladd had been a lifelong resident of this area and was an automobile dealer in the Saranac Lake area for the past 57 years.

He was a member and past president of the Tupper Lake Rotary Club and was a life member of Elks Lodge 1508 in Saranac Lake. Mr. Gladd was an avid fisherman, especially enjoying his once-a-year fishing trips to Canada. He was active in the boy scouts. He and his brothers started a defense plant in Saranac Lake in 1942 during World War II.

A mass of Christian burial will be held tomorrow at 11:15 a.m. at St. Bernard's Church. Cremation will follow.

Burial will be in St. Bernard's Cemetery.

Memorial donations may be made to the Carmelite Sisters in care of the funeral home.