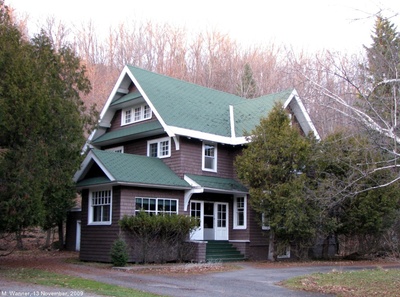 Other information: Owned by Dr. Ezra S. McClellan; see also the Dr. McClellan House, the McClellan Cottage and the Katherine McClellan Studio. McClellan owned much of the land upon which Highland Park would be developed.

Howard Hoffman, who owned Hoffman Pharmacy, lived here from 1955 to 2009 with his wife Bertha, son Stanley, daughter Leslie, and son, Charles; the day the Hoffmans moved into the house was the day Leslie was born. The house was sold in the early 21st century.