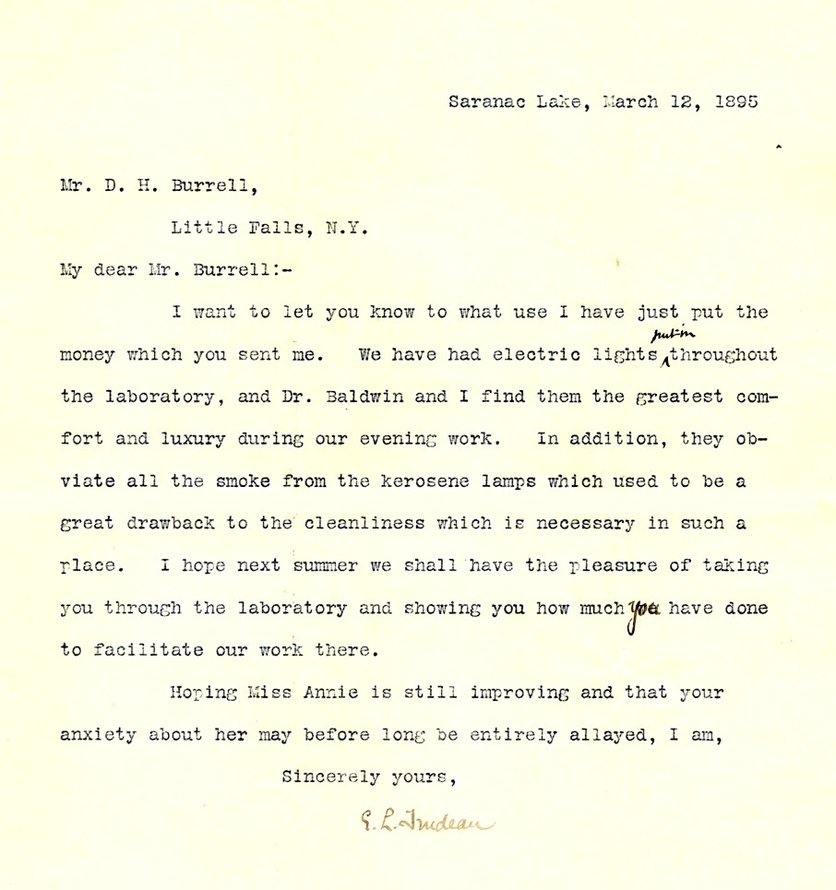 Four generations of the Burrell family lived in the family house in Little Falls, NY. David H. Burrell was the great grandfather of E. Burrell Fisher. E. Burrell Fisher was the husband of Martha R. Fisher, who provided this letter to Historic Saranac Lake in September of 2011. Martha lived on the grounds of Trudeau Sanatorium for two years following its closure. Her father, Malcolm Roberts worked for the Saranac Laboratory and later the Trudeau Laboratory.