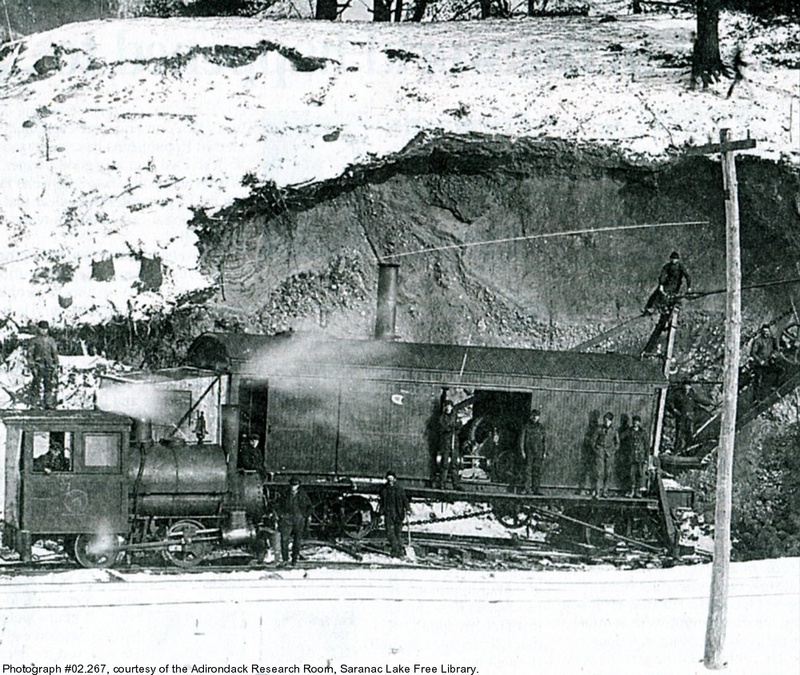 The information on this photo reads "Excavating for the Pine Street bridge," apparently at milepost 74.95, where East Pine Street, now called Forest Hill Avenue, passes over the railroad tracks. It was taken sometime between 1890, when a new short-line railroad was chartered to lay tracks from Saranac Lake to Lake Placid, and August 1,1893, when the first train ran on the line. By the small size of the locomotives, it seems that this work was being done by the Chateaugay Railroad as an extension of its narrow-gauge system. The railroad connection to Lake Placid aided substantially in the development of the Lake Placid Club, one of the large resorts in the region which benefited from easy access by rail. Adirondack Daily Enterprise, November 17, 2012