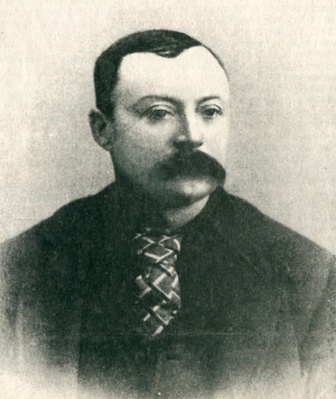 Edwin E. Sumner was a guide. He is buried in Pine Ridge Cemetery.

In 1896 the position of secretary for the Adirondack Guides' Association was filled by Ed Sumner. (Sumner Lane was named for him). Once again the choice was excellent because Sumner was not only an experienced guide in his own right but also had been J. Herbert Miller's assistant in administrative matters. He represented the Adirondack Guides' Association at the Sportsmen's Exposition held in Madison Square Garden in New York City where he was able to present an Adirondack Exhibit which attracted much attention. He gave freely of his own time in various efforts to expand the influence of the association and to attract many new members. Ed Sumner's personality was largely responsible for maintaining harmony between the regional branches of the association, a considerable task, indeed, when he had to deal with so many rugged individuals.

EDWIN E. SUMNER, son of the late Mrs. CALVIN BROWN of Saranac Lake, and formerly a well known guide in that region, died at his home in Saranac Lake on Saturday last, aged about 65 years. Mr. SUMNER was a good citizen, and many friends sympathize with the mourning relatives in their bereavement.