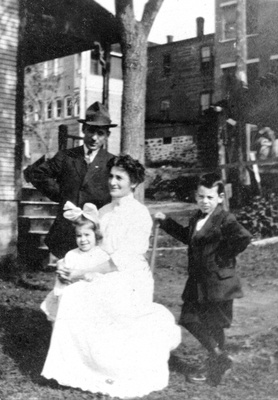 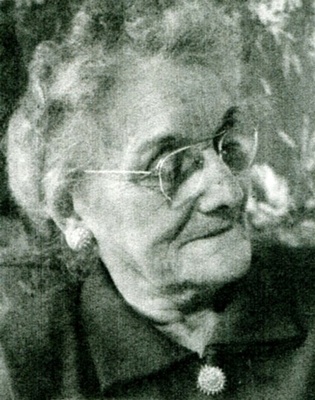 Mrs. Edith Bombard, widow of Giles Bombard and mother of the late A. Douglas Bombard, died this morning at 7 o-clock at Saranac Lake General Hospital. She had been a patient there since April 13.

The Fortune Funeral Home is in charge of funeral arrangements which are still incomplete.

A service will be held at 1 p.m. Friday at the Presbyterian Church for Mrs. Edith Bombard who died yesterday morning at Saranac Lake General Hospital. The Rev. W. James Erdmann will officiate. Interment will be in Burke at 3:30 p.m. Mrs. Bombard is reposing at the Fortune Funeral Home.

Mrs. Bombard was born September 21, 1875 in Burke, the daughter Thomas and Mary Johnson Crawford. She was the widow Giles Bombard who died in 1933 and the mother of the late A. Douglas Bombard. Mr. Bombard operated one of the largest livery stables in this area.