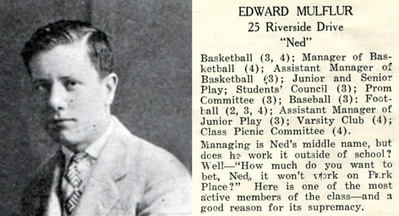 Dr. Edward F. "Ned" Mulflur was a dentist. His family lived in the Worthen Cottage in Glenwood Estates.  He was a son of Mrs. Mary Mulflur of 54 Bloomingdale Avenue. 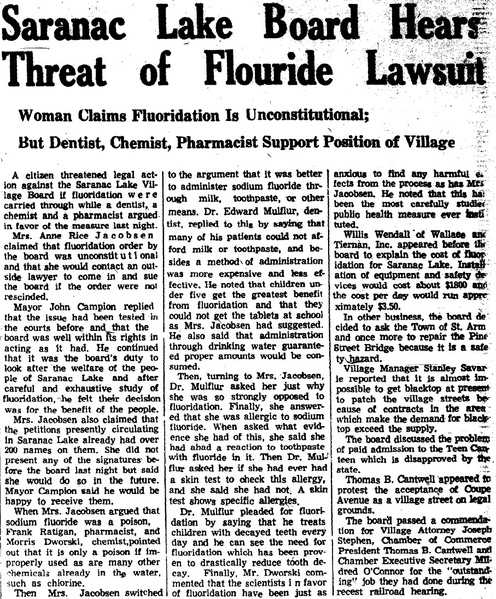 He was a dentist in private practice in Saranac Lake for 42 years and later worked as a dentist for the Ray Brook drug rehabilitation center and at the Dannemora state prison for seven years.

He was a veteran of World War II, serving as a captain in the United States Army.

Saranac Lake, the son of William and Mary (Morgan) Mulflur.

Calling hours will be held Friday from 2 to 4 and 7 to 9 p.m. at the Keough and Son Funeral Home and include a Bible vigil with the Knights of Columbus at 7:30.

A Mass of Christian burial will be held at 10 a.m. Saturday at St. Bernard's Church with Father John Pendergast officiating.

Burial will be in St. Bernard's Cemetery, Pine Ridge.

Memorial contributions may be made to the Carmelite Monastery here or to the American Heart Association in care of the funeral home.