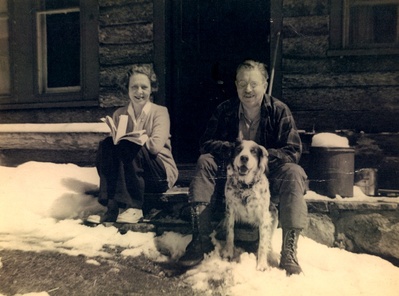 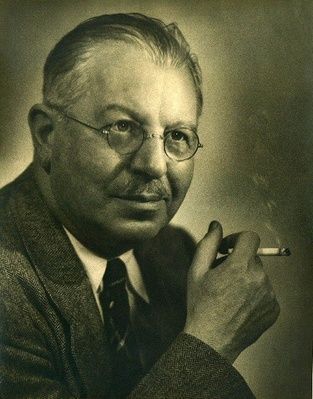 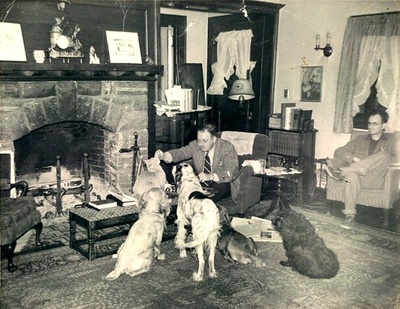 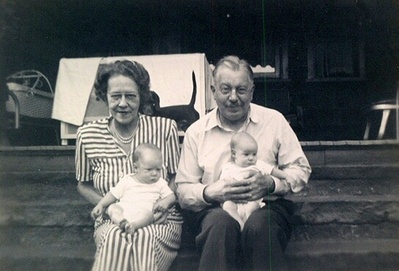 Children: a daughter, Virginia, and a son, Edward C (Ted), both deceased.

Dr. Edward Sawtelle Welles was a pioneer in thoracic surgery, who practiced at the Adirondack Cottage Sanatorium. He lived in the Larom-Welles Cottage at 110 Park Avenue, and conducted surgical experiments on animals in the laboratory on the property to further his research. The laboratory has since been torn down.

Edward Sawtelle Welles, (M.D. Harvard, 1918) served in the Harvard Surgical Unit of the Royal Army Medical Corps, General Hospital No. 22, British Expeditionary Forces from March 13, 1917 to January 15, 1919 completing his duty as a captain.

The home on Park Avenue contained a darkroom; Dr. Welles was an enthusiastic amateur photographer and painter. These activities and his full time practice of medicine ended when he suffered a stroke in the early 1950's. Subsequent to a partial recovery, he was able to provide consulting medical services and spend some time at a camp on Lower Saranac Lake during summer months until the late 1950's. He and Mrs. Welles sold the home in November, 1958, and moved to an apartment at 10 Leona Street shortly thereafter.

In addition to his surgical duties and care of patients Dr. Welles is noted for his part in the publication of Martha Reben's The Healing Woods. An article in the April 4, 1952 edition of the Adirondack Daily Enterprise quotes the authoress, "And Dr. Edward Welles took the finished work to a literary agent in New York who gave it to the Crowell Publishing Co. They accepted it immediately..."

You, no doubt, have heard about the meeting of the Thoracic Surgery. It apparently was very successful. They had a very good program and the men were very well entertained. Ed. Welles gave a dinner for fifty and entertained two hundred at a cocktail party. The Prices had the women at a tea. Ned Packard took a party up White Face. He had had a pain in his stomach since the morning. On the way up the pain became so bad he tried to vomit but that did not relieve him. After he reached home he took caster (sic) oil and an enema. A blood count showed 9000 leukocytes. He had a wretched night. The next morning his leukocytes were 25,000 and his abdomen was exquisitely tender. They operated and found a gangrenous appendix. Yesterday he was coming along all right though Ed Welles was still anxious. I have just heard he had a better night last night so I imagine he will pull through all right.